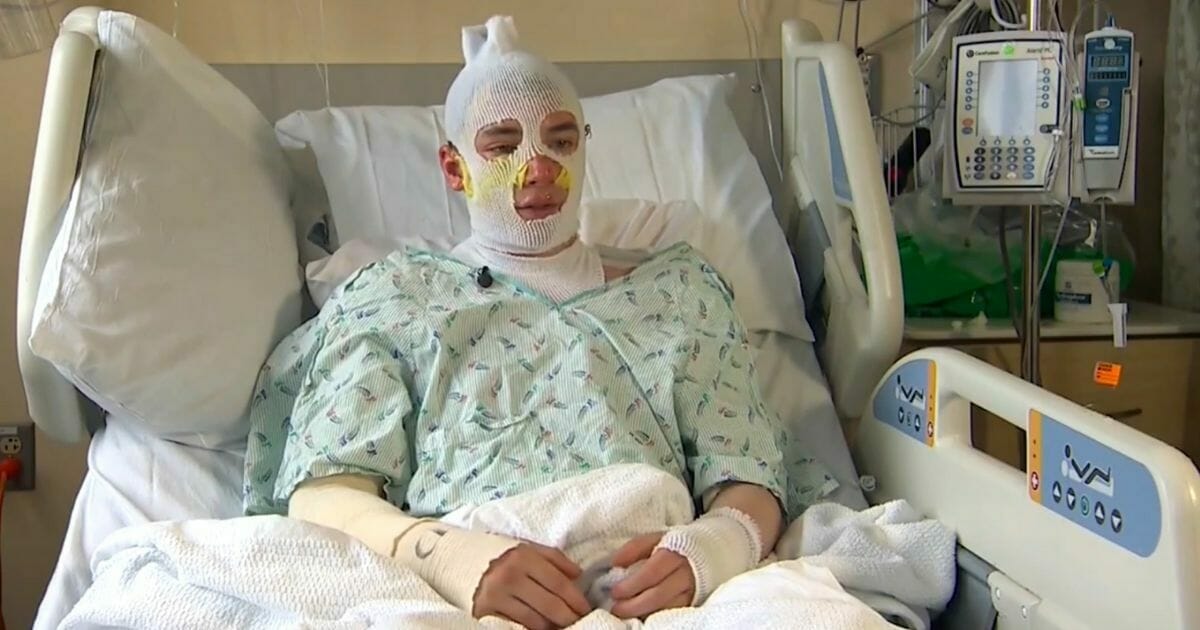 A Washington man is rightfully being hailed a hero after charging into a burning home to save his eight-year-old niece.

Reports detail how 20-year-old Derrick Byrd suffered second and third-degree burns on his face, back, and arms, having rushed into the building when he became aware his niece was trapped.

Speaking to KOMO-TV, he said: “Even though I got burnt, I really didn’t care, though. I’d rather get burnt than her. She’s young. She’s still got a lot of stuff going for her. She’s a good kid.”

The fire, at a home in Aberdeen, Washington is believed to have started while Byrd and six other family members were inside, including his sister, Kayla, and her three children.

Byrd caught his nephews, Junior and Royce, when they jumped from a window on the second floor. His eight-year-old niece Mercedes, however, was too afraid to jump after having watched Kayla fall from the roof.

Without thinking, Byrd dashed back into the house to rescue her. Within moments, he could feel the flames on him.

“I could feel it burning me,” he explained.

“I got her and took my shirt off and put it around her face so she wouldn’t breathe in any smoke and I just carried her out as fast as I could.”

What’s more, despite suffering injuries, Byrd said he would do it again if he had to.

“I’d run back in there and do it again even if I got burnt worse or died.”

Commenting on all those dubbing him a hero, he simply replied: “I can’t say a hero. I’d just say for my niece and nephews, I wasn’t going to let them die.”

What a genuine hero Derrick Byrd truly is. In moments like that, people’s true colours are shown, and Derrick can certainly be proud of his.

Share this story to pay tribute to a real life hero, and to wish him a speedy recovery.