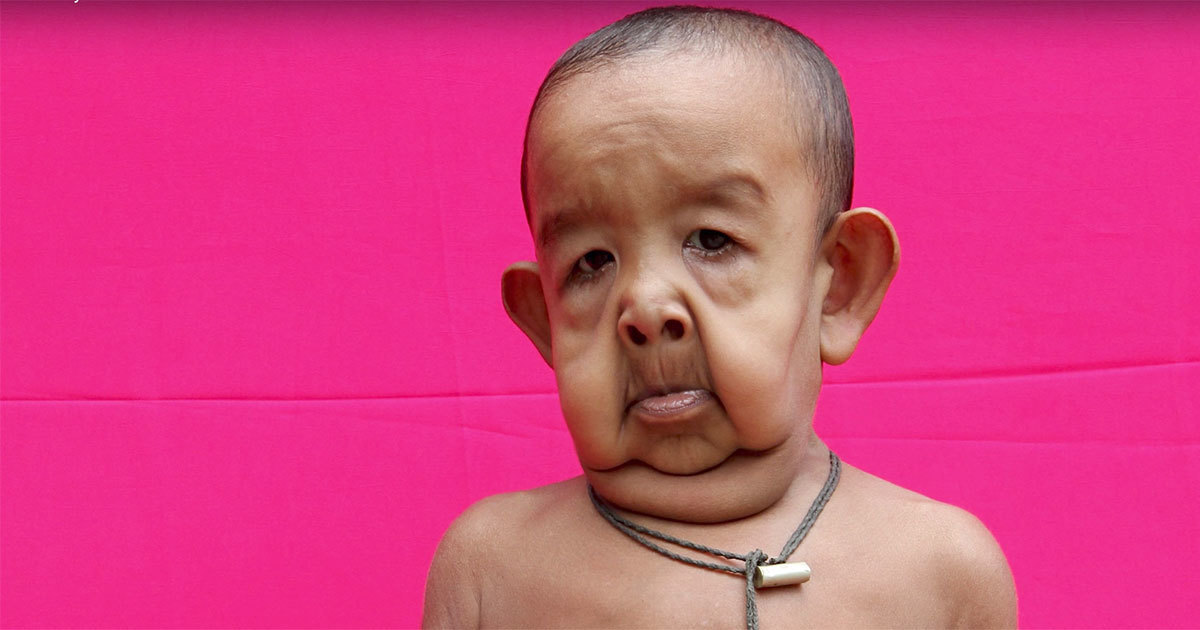 Four-year-old Bayzid doesn’t look like his peers. His hanging skin and wrinkles make him look like an old man.

But the reason behind Bayzid’s unusual appearance in unknown. For the past four years, doctors have been unable to diagnose his condition.

We all look different and it’s important to remember that it’s what’s on the inside that counts.

But when Tripty Begum and Lavlu Sikder’s son was born in 2012, they quickly realized something wasn’t right. Their little boy Bayzid was weak and looked like an old man.

When the first reports on this unusual case were published in 2016, Bayzid was four years old and lived in Magura, Bangladesh. He grew stronger day by day, but his doctors had no idea what he suffered from.

At home, he got a lot of love and his parents did everything to make him happy. But unfortunately, looking different gave Bayzid unwanted attention when he went out.

“When me or my husband take Bayzid to a local market, or anywhere where there are people, they will stare at Bayzid in amusement or surprise,” Bayzid’s mom, Tripty, told Barcroft in 2016.

Fortunately, Bayzid’s home and neighborhood was a safe haven. There, everyone knows him and loves him for who he is.

Bayzid is a fun-loving little boy who loves soccer and likes to play with his cousins. But his illness doesn’t just affect his appearance. He has also had several complications and gets quite ill at times. He has had problems with his blood pressure, liver and kidneys, among other things.

“On a daily basis, Bayzid feels the effects of his condition,” Bayzid’s dad, Lavlu, says.

Treatment and medication are expensive

Bayzid and his parents have spent a lot of time at the hospital and have met countless doctors. And now, there is finally hope.

Recently, doctors have discovered a treatment that relieves the symptoms of the little boy’s disease. But the treatment is costly and it’s unclear whether the family can afford it.

Although the treatment and and medication are expensive, Bayzid’s parents are hopeful and say the future looks bright. They think that one day there will be a cure that can make their son completely healthy.

“I believe that my son’s treatment is possible and I will try all of the options to get him cured so that one day I can see him living like everyone else,” Bayzid’s mother said.

Please watch the video below to meet this brave little boy:

In almost every picture of the video, the same thing was seen! He is almost always the one smiling! Just a little burst of happiness! We really hope Bayzid gets the treatment he needs.

Please share his story so that more people can learn about his unusual disease.