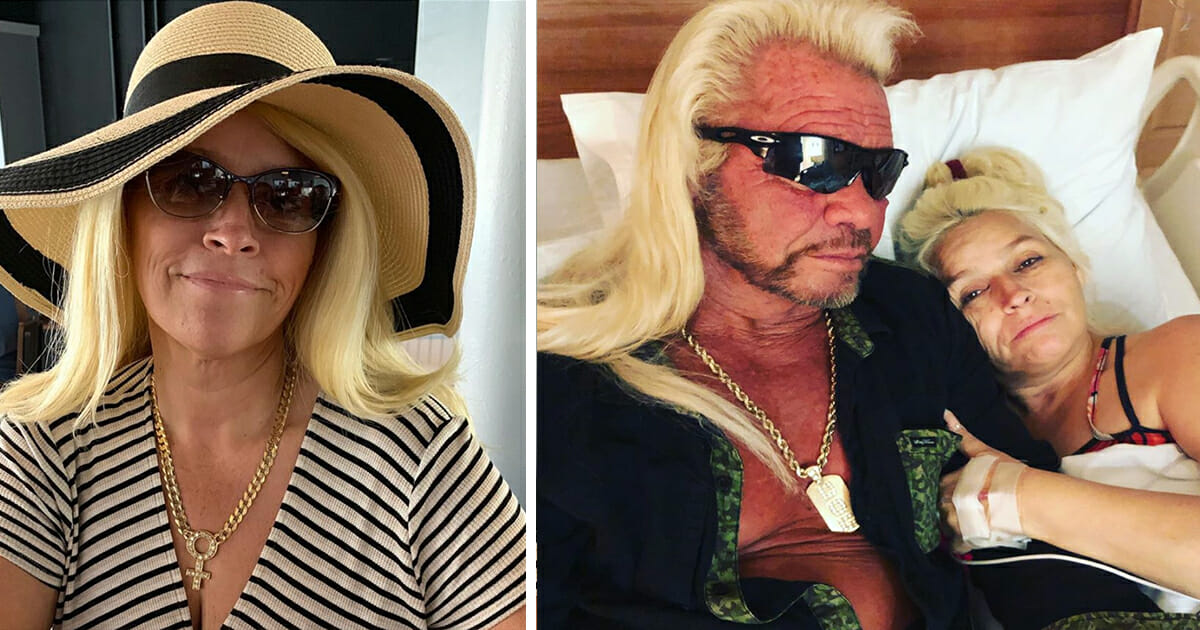 Beth Chapman has addressed her ongoing battle with cancer this week, describing it as the toughest battle she’s ever been in.

The 51-year-old beat the disease in 2017, but after over a year in remission she was re-diagnosed late last year. Since then, Beth and her family – including husband Duane ‘Dog the Bounty Hunter’ Chapman – have been fighting to stay positive.

Beth herself hasn’t had much to say on the cancer, but she’s now talked openly on her struggles for the first time, according to the New York Post.

I’m so loving this hat from @cookiesclothingco I’m so proud of @christinacookspringmeier and @darcyhintoncook they have done an amazing job on these stores ..thank you @howardcook3322 for watching over all these stores we are all blessed to have you guys #hawaii #style #localladies #cookies

The newspaper quote Beth as having said: “Fighting cancer is the toughest battle I’ve ever been in.

“But my faith in God and the love of my family is helping me through.”

The TV star gave fans a scare last month when she was rushed to hospital with breathing difficulties, but on that occasion she was sent home to rest and recover.

There’s no doubting the gravity of her situation, however, with the cancer having spread from her throat to her lungs. As per reports, Beth is undergoing chemotherapy in a bid to beat the disease for a second time, with her chances of survival having been estimated to be 50/50.

"Another bend in the road, yet not the end of the road,#faith, #love #stayhumblepray." Beth Chapman

Husband Dog the Bounty Hunter has been more vocal on his wife’s plight, revealing to the public that her second diagnosis has been difficult for him to take.

“I have cried a lot over this because Beth is my everything,” he said.

“Despite all of the obstacles I have overcome, this is by far the biggest test of my life and mark my words, I will not let her die,” according to the Daily Mail.

We’re wishing Beth all the best in her fight against this most terrible of diseases.

If you want to do the same – and pray for her swift recovery – then share this article on Facebook to show your support.