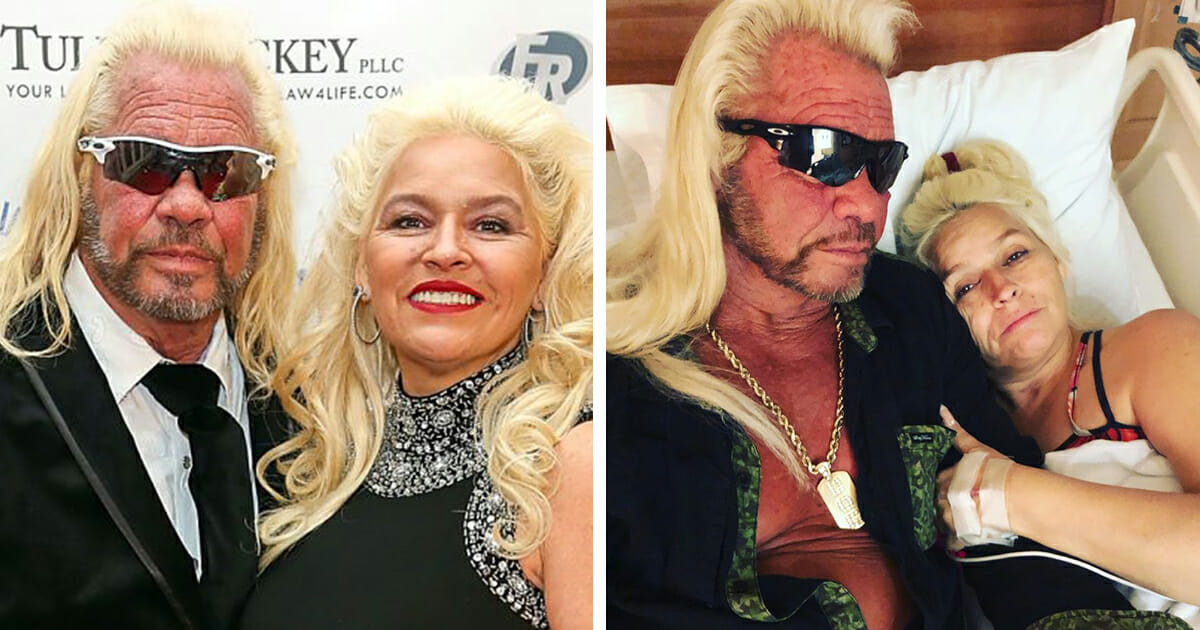 Beth Chapman continues to fight on against stage four cancer, and has confirmed she is still alive following cruel rumours spreading regarding her death.

The 51-year-old was diagnosed with cancer for the second time late last year following almost a year in remission. This time around the disease has taken a stronger hold, having been found both in her lungs and throat.

Beth and husband Duane ‘Dog the Bounty Hunter’ Chapman, however, have retained brave faces as she goes through the necessary treatments. Unfortunately, this weekend rumours were spread that suggested Beth had died.

In answer to the speculation – which transpired to be nothing more than a hoax – Beth joked: “The rumors of my death have been highly exaggerated,” accompanying the text with several laughing emojis.

Not only that, but Beth was spotted in Pueblo, Colorado alongside her husband, proving that she’s not accepting her terrible situation lying down. There the couple were reportedly doing what they do best: chasing bad guys.

Beth took to Facebook to allay fears over her death, whilst also sharing a video to Instagram of Dog canvassing the neighborhood in search of a felon.

Naturally her fans worldwide were greatly relieved to hear Beth’s update, whilst others have slammed those who falsified claims of her passing.

Beth was hospitalized early this month with respiratory issues, having accumulated fluid in her lungs. Doctors were forced to perform an emergency procedure to alleviate the pressure that had built up, though it seems that surgery was a success.

We wish Beth and Duane all the very best moving forward, and offer Beth all our prayers in her fight against cancer.

Share this article if you, too, want to send your thoughts.