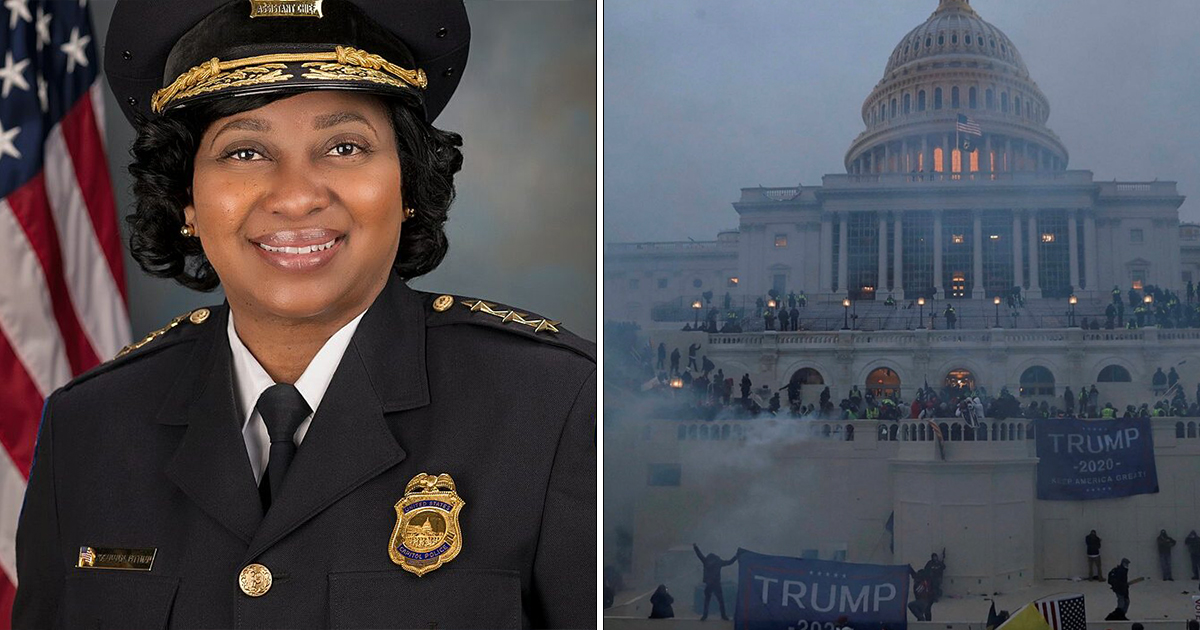 History has been made after Yogananda Pittman became the first black person and first woman to be named the US Capitol Police Chief, following the resignation of the former chief in the wake of last week’s riots.

As per reports, Pittman has been named acting police chief after Stephen Sund heeded calls to step down after the storming of the Capitol Building, which claimed the lives of five people, including one capitol officer.

Pittman has previously served as assistant chief, and Sund praised his successor in an interview with CNN on January 11, describing her as “a very progressive Chief” who was “very concerned as well about the welfare of the officers”.

At a time when America appears to be as divided as it has ever been in the modern age, Pittman’s appointment is a breath of fresh air. Her making the step up is particularly relevant given the right-wing, majority-White factions of rioters who last week spat in the face of US democracy.

Indeed, few could have predicted the sheer chaos that would ensue when the mob descended on the Capitol, nor how seemingly ineffective the Capitol Police officers would be in keeping them at bay.

One officer, Brian Sicknick, died of his injuries in hospital, but several of his colleagues were seen to be taking selfies with the rioters.

Former Capitol Police Chief Terrance Gainer admitted that they had had “overestimated their ability to control the crowd.”

Speaking to CNN, he explained:

“We did not secure the Capitol and people need to be held responsible and explain what went on.

“No one was supposed to get that close to the doors and windows of the building.”

That said, there were instances of untold bravery that occurred in the Capitol, too, including those of Officer Eugene Goodman. A video of Goodman emerged where he can be seen single-handedly luring the mob away from the Senate chamber in order to buy time to evacuate the senators.

Acting Chief Pittman announced in her first statement that a number of her officers have been suspended pending an investigation into their conduct.

I don’t know about you, but it pleases me to see history being made in such a way. What better time to appoint the first black woman as chief?

Let us know your thoughts on Yoganana Pittman’s appointment in the comments box on Facebook.

Meanwhile, share this article if you want to wish Acting Chief Pittman the very best with the job.