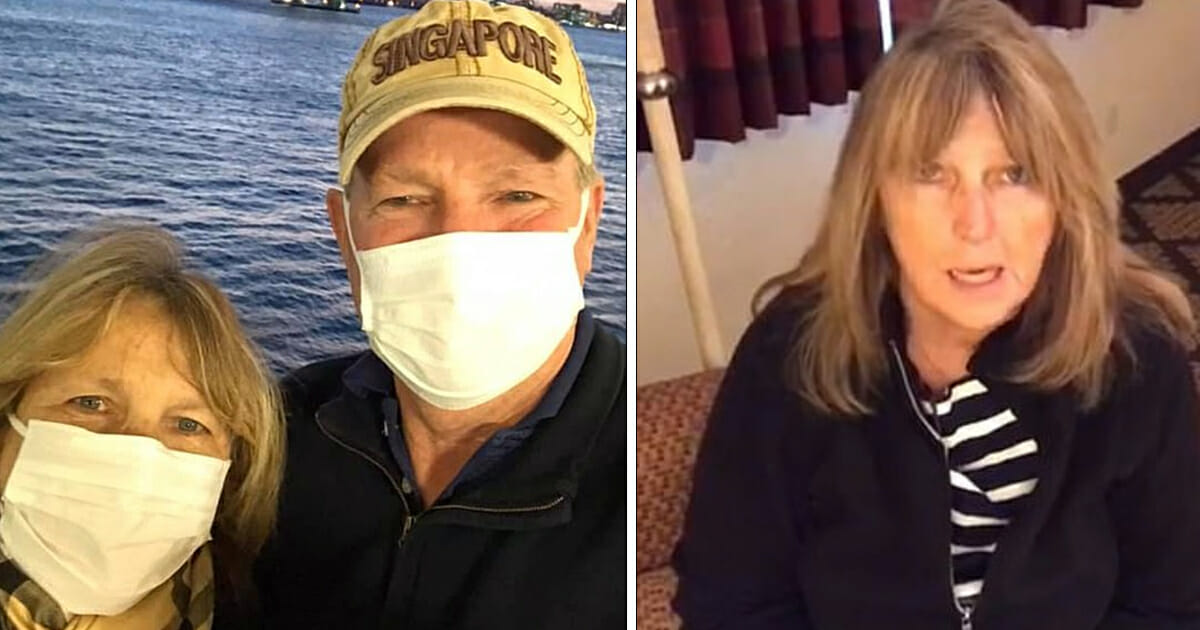 A Utah couple have been separated and quarantined a world apart from each other after one of them was diagnosed with coronavirus.

As per the Daily Mail, John Haering was diagnosed onboard the Diamond Princess cruise ship in Japan. He’s currently in a Japanese hospital being treated for the virus, while his wife, Melanie Hearing is in quarantine on Travis Air Base in California.

Making matters worse, John has told Melanie that he now has pneumonia as a result of the virus, making things even harder for her on the other side of the world.

Reports say in excess of 40 Americans on the Diamond Princess were diagnosed with coronavirus. Thus far, more than 300 passengers from the cruise ship (including 14 who tested positive) were evacuated from Japan and landed in the US on Sunday night.

It had initially been said by US officials that those who tested positive would not be allowed back to the US before they’d gotten rid of the virus, but authorities on the evacuation planes didn’t know the 14 had tested positive until they were boarding.

As for John and Melanie, they had shown the all-clear through the first few rounds of testing for coronavirus onboard the cruise ship.

Then John got a fever.

Melanie wrote on Facebook on February 11 that his temperature was ‘up and down’ for two days,

“It’s hard being separated from him, and as soon as I hear more information, I will pass it on,” she told friends and family via Facebook.

The very next day, John tested positive, leaving Melanie in a world of confusion and fear.

They were the separated, with Melanie confined to a room onboard the Diamond Princess and John moved to a Japanese hospital. Melanie said on Facebook that her husband is being given next to nothing for free – his bed is a framed mattress and his meals consist of rice or kimchi.

As of Tuesday, John’s results were mixed. He had previously told his wife that he had developed pneumonia, but recent tests show his swab test as testing negative but his saliva test as positive.

“We don’t really know what that means, they’re going to test him again, but he definitely has pneumonia,” Melanie in a Facebook video.

“The only thing missing is my heart,” Melanie wrote on Saturday, as she looked ahead to her return to the US.

I can only imagine how difficult this situation is for John and Melanie. My thoughts and prayers are with them and I hope John makes a full recovery.

Share this article if you, too, want to send prayers.