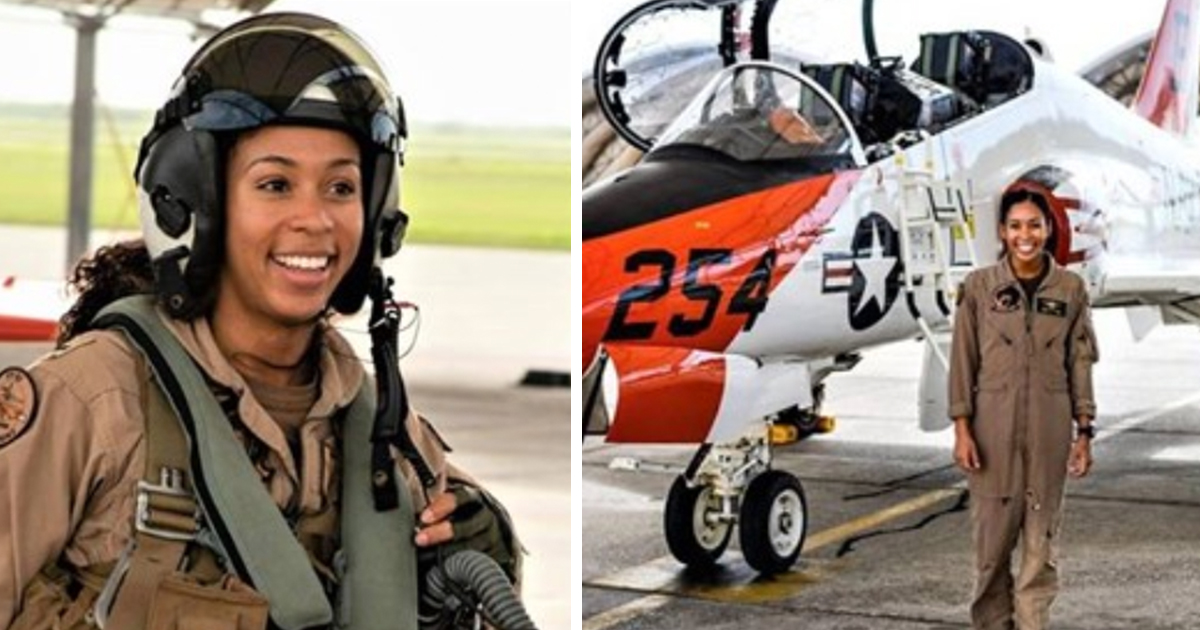 The US Navy has announced that after 110 years it is set to welcome its first ever Black female tactical aircraft pilot, according to reports.

Madeline Swegle will receive her Wings of Gold later this month after finishing her tactical air training programme. This means she’ll be able to fly fighter jets such as the F/A-18E/F Super Hornet, the F-35C Joint Strike Fighter or the EA-18G Growler.

Her feat comes an incredible 110 years after naval aviation began in earnest when Eugene Burton Ely flew an aircraft off the USS Birmingham cruiser on November 14, 1910.

Madeline joins pioneering women such as Rosemary Mariner, who in 1974 became the first woman in the Navy to fly a tactical jet, and Brenda Robinson, who was the first African American woman to earn her wings of gold and become a Navy flight instructor, evaluator and VIP transport pilot, in the 1980s.

Others were quick to join in the praise giving, heaping congratulations on Madeline, who, according to the Navy Times, will receive her Wings of Gold later this month.

The Navy has been criticised in the past for a lack of diversity within its aviation programmes. Hopefully Madeline’s achievement marks the turning of a corner in this respect!

Seeing young women breaking down barriers such as this truly makes my heart sing. I wish Madeline all the very best in her career and hope that she encourages other black women to defy societal expectations and pursue their dreams no matter the odds.

Well done, Madeline! And thank you for choosing such an honorable path.

Share this article on Facebook to pay tribute to this young woman, and to wish her the very best of luck moving forward.