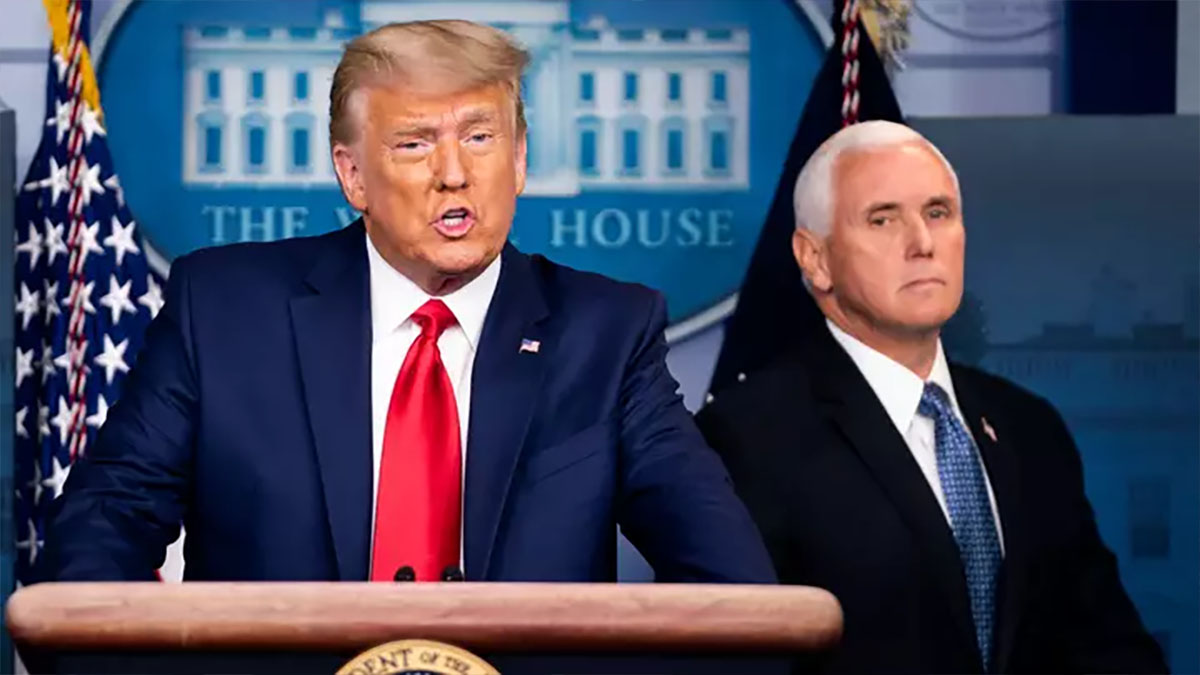 With only two weeks left of Trump’s presidency Republicans in power are seriously considering drastic measures to remove him from office, including invoking the 25th Amendment.

Vice president Mike Pence is facing calls to invoke the article which allows a sitting president to be removed from office if they are deemed to be unable to carry out their duties as the nation’s leader.

Wednesday’s scenes of chaos and violence at the Capitol building in Washington D.C. involving thousands of people protesting and some storming the building, resulted in 4 people dead and more than 50 arrested. Authorities also found 2 explosive devices.

In his broadcast, President Trump said: “I know your pain and I know you are hurt. We had an election that was stolen from us, it was a landslide election and everyone knows it, especially the other side.

“But you have to go home now.

Trump did not condemn the violence and instead fanned the conspiracy flames that the U.S. election was fraudulent telling protesters: “We love you, you’re very special…but go home and go home in peace.”

The U.S. congress reconvened after the violence and confirmed Joe Biden’s election win and Trump has since released a statement promising an orderly transition of power.

Mike Pence is now facing pressure to step up and invoke the 25th Amendment which would remove Trump from office.

Attorney General for the District of Columbia Karl Racine told CNN: “Whether you like Vice President Pence or not, the fact is he is more fit for office… we need a commander-in-chief that will fulfill his constitutional responsibilities.

“I would ask the vice president, please go the next step. Do your constitutional duty. Protect America, stand up for democracy, and invoke the 25th Amendment.”

‘The president has refused to protect our democracy’

Congresswoman Lucy McBath backed the call writing on Twitter: “Tonight, I am asking Vice President Pence to invoke the 25th Amendment and begin the process of removing President Trump from office.

“The eyes of the world are upon us, and the President’s incitement of violence, his inducement of chaos, and his inability to faithfully ‘discharge the powers and duties of his office’ make it clear. The President has refused to protect our democracy and must be removed.”

Their calls were backed by the head of the National Association of Manufacturers, a group representing 14,000 companies in the U.S., as per NBC News.

The group, headed by Jay Timmons, who was once executive director of the National Republican Senatorial Committee, called on the vice president to “seriously consider” invoking the 25th Amendment of the Constitution to remove President Donald Trump from office.

Members of the House Judiciary Committee released a statement saying President Trump has revealed in his video message that he is not “mentally sound and is still unable to process and accept the results of the 2020 election.

“President Trump’s willingness to incite violence and social unrest to overturn the election results by force clearly meet this standard,” as reported by LadBible, citing the members’ statement.

What do you think about the calls to remove Trump from office with only two weeks left of his presidency?

Please leave your comments on our Facebook page and don’t forget to share this story to find out what others think.