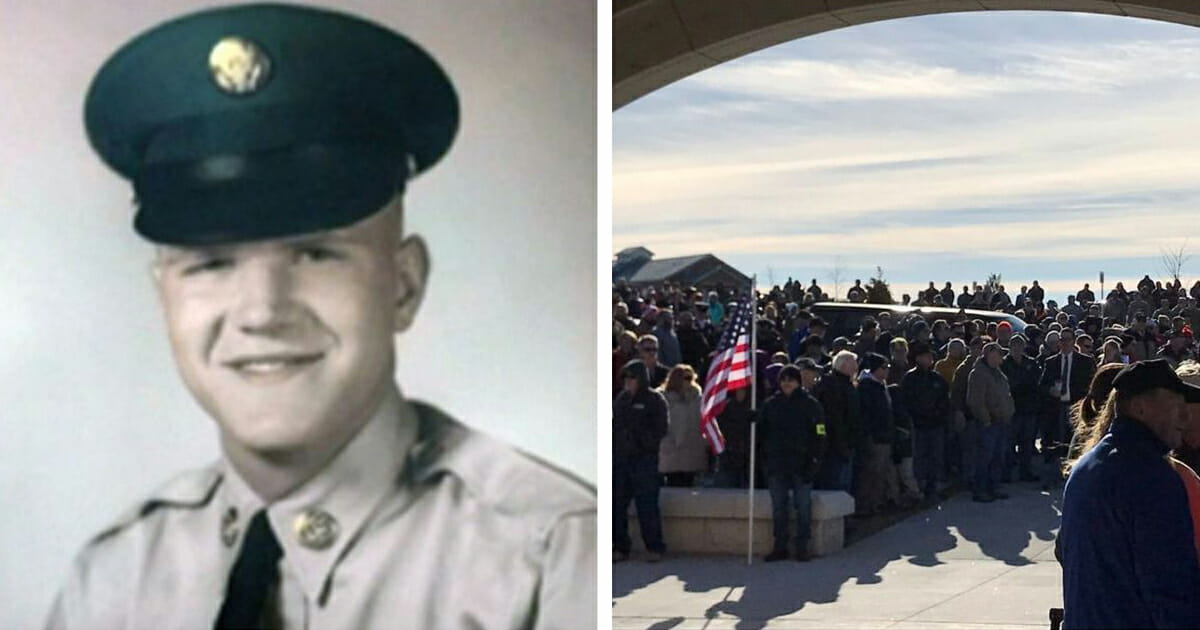 It’s a sad truth that some people who grow old do so with no family or loved ones to help them. My own grandparents were fortunate to have their family standing by their sides when they passed, and a good many people at their funerals. For others, though, it can be different.

Stanley Stoltz was 73-years-old when he passed away last month. His local newspaper, the Omaha World-Herald, printed a notice funded by his funeral home.

It’s was a heartbreaking plea, in all honesty, one that invited people to the cemetery to honor the Vietnam veteran’s life.

The ex-soldier had no known family, and had struggled with substance abuse after the war, according to his ex-wife. Nevertheless, he deserved a triumphant send off, and that’s exactly what he was given …

“Public invited to cemetery to honor Vietnam veteran with no known family,” read the obituary in the Omaha World-Herald, alongside the date and time for Stoltz’s burial at Omaha’s National Cemetery.

It’s believed that Stoltz’s first wife died of cancer, and he had no children to be there when he was lain to rest.

As things stood, he was set to be buried alone, with no one to witness his internment or pay tribute to his life and service.

It’s heartwarming to watch something so small grow into a massive outpouring of support. It started with a mention in…

However, in a twist that perfectly showcases the oft-incredible power of social media, the obituary went viral. It resulted in more than 1,500 strangers attending the funeral to say goodbye to a man they’d never even met.

Many present wore military attire, while it’s believed a good deal of the gathered attendees were veterans themselves.

The chaplain at the cemetery, Roy Edwards, said, as per the World-Herald, it was: “the first time we’ve had this kind of crowd.

“Most get six to eight cars. Fifteen at most. This is hundreds.”

The final estimate in terms of numbers was somewhere in the region of 1,500-2,000 people who gathered to see Private First Class Stoltz be lowered into the ground.

What a turnout! Funeral for Stanley Stoltz about to get underway at Omaha National Cemetery. Army vet didn't have family around so thousands of strangers will be here to say goodbye. @WOWT6News pic.twitter.com/GFNVhOywEI

Well, I certainly shed a tear reading that. No one should ever be buried alone, let alone a proud veteran of Vietnam!

If you think what these people did was amazing, share this article on Facebook and let’s get the word out.