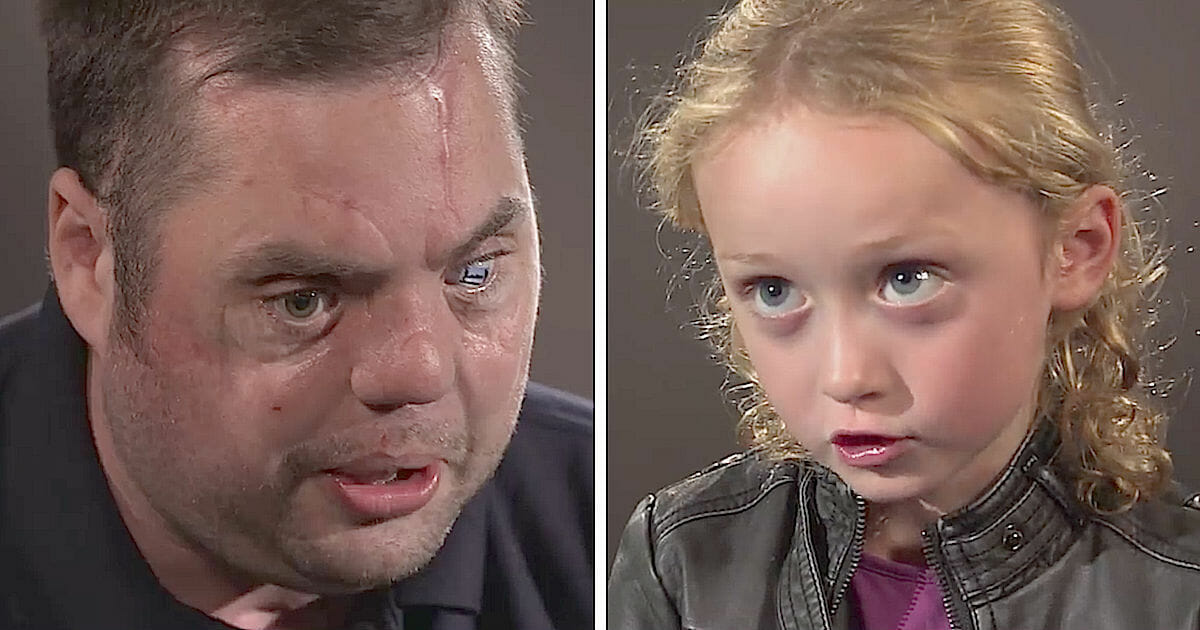 Having served in the British army for 13 years, Simon Brown’s life was changed forever the day he was shot by a sniper.

In 2006, Brown took part in a rescue mission to retrieve six soldiers left stranded when their vehicle broke down. Having successfully rescued the men, the group made to return to base. It was then that Brown took a bullet to the face, one that left him partially blind and requiring 25 surgeries.

His nose and cheekbones were reconstructed, his jaw was reshaped and he was given a prosthetic eye. Brown’s new face left him void of all former confidence. That was until he met five-year-old Temperance Pattinson …

Temperance Pattinson, aka Tempy, developed a heartwarming affinity for soldiers and war heroes early on in life. She started off volunteering to help veterans when she was aged just three, and has since progressed on the same path.

Believe it or not, the young girl has already participated in a charity triathlon dedicated to soldiers.

With Brown in something of a pit – a state not helped by the fact that he was no longer capable of working in the profession he had enjoyed for the past 13 years – he needed help getting his confidence up.

Fortunately, it just so happened that Temperance had long dreamed about meeting a real life soldier.

Enter Help for Heroes. It’s an organisation that supports those injured in the line of duty, helping with physical and mental rehabilitation and providing assistance for those suffering from PTSD. It was through Help for Heroes that Brown and Temperance were able to meet face to face.

Of course, Brown wasn’t sure how Temperance would react upon seeing his scarred face and prosthetic eye.

It took just a few seconds before I understood why the clip of their special meeting has gone viral on the internet. Only a few days after its upload, the video had tens of thousands of shares and even more likes.

Take a look at the video below and watch it for yourself!

What a beautiful meeting of two caring souls. Share this video with your Facebook friends so that you can brighten a few more days!