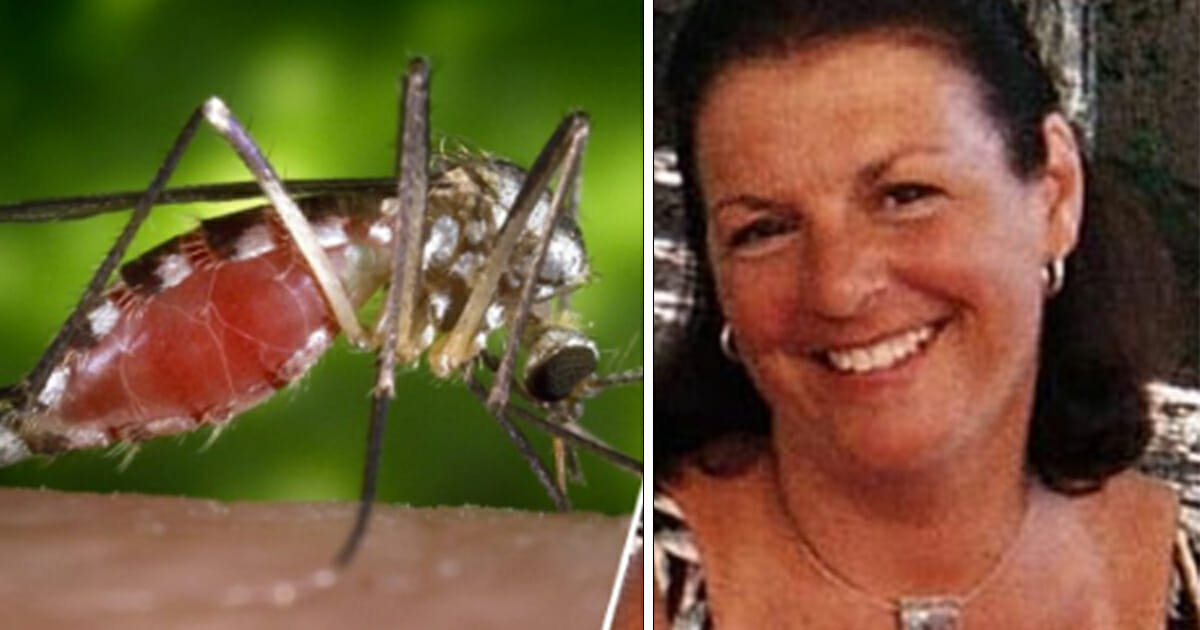 A woman in Massachusetts has died after contracting a rare and deadly virus from a mosquito bite, according to reports.

A Fairhaven woman dies from EEE. Laurie Sylvia becomes the 4th human case of the virus in MA this year. #wcvb pic.twitter.com/Wtf7zU97Py

The Facebook post continued: “For the last several days we were hopeful that with the best possible care from the Doctors and Staff at Tufts Medical Center in Boston, she would be able to recover. We have just learned that this will not be the case. Laurie’s condition has deteriorated and regrettably, the family is now preparing for the worst.”

Laurie is reportedly the fourth human case of EEE in Massachusetts this year, though the first fatality. The Massachusetts Department of Public Health released a statement saying: “We are working with several state agencies including MDAR, local boards of health, local Mosquito Control Projects, and other mosquito control experts on mosquito surveillance and appropriate public health response activities.”

Laurie Sylvia passed away from EEE, a rare mosquito-borne virus. Bless Laurie and her family. https://t.co/yerzMyx6Aw

People living in the Commonwealth have been warned to use mosquito repellent, whilst those in high and critical risk communities should consider staying indoors during the dusk to dawn hours to reduce exposure to mosquitoes.

Symptoms of EEE, which include high fever, headache, tiredness, nausea, vomiting and neck stiffness, generally begin to show four to 10 days after a person has been infected with the virus.

Information from the Centers of Disease Control and Prevention suggests one in three people who contract EEE will die from it.

As of August 2, the Massachusetts Department of Public Health updated Fairhaven, Massachusetts’ status to high risk.

Rest in peace, Laurie. We’re sending prayers to her family and friends.

In the meantime, help us spread this important warning by sharing this article on Facebook.