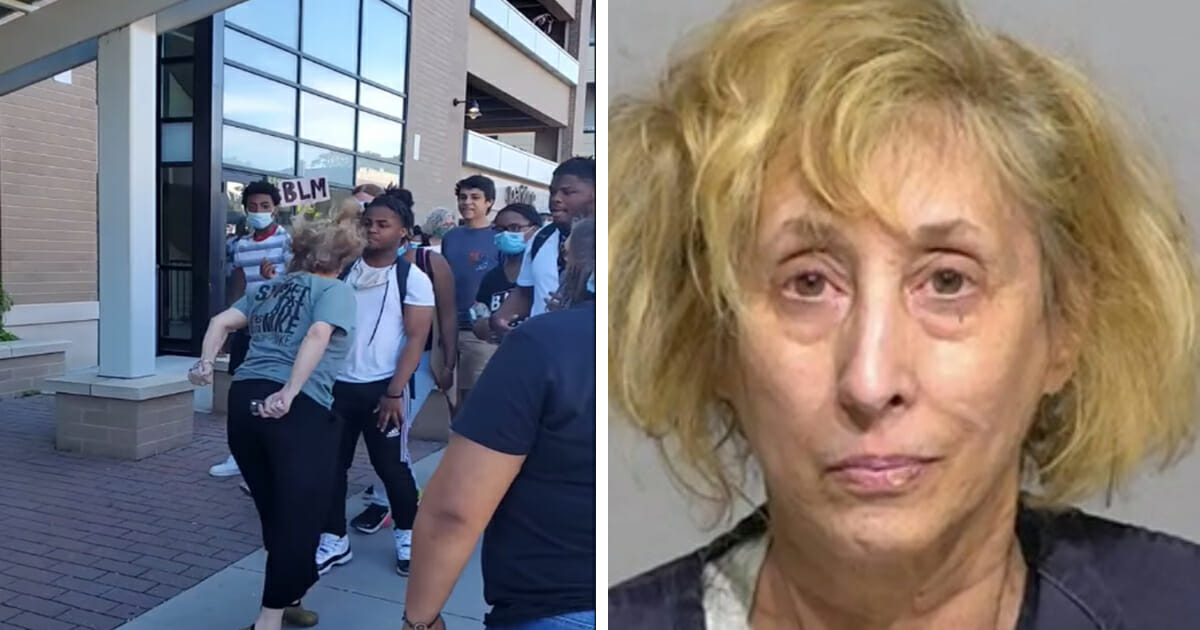 A 64-year-old white lawyer has been arrested after being caught on film spitting on a 17-year-old taking part in a Black Lives Matter protest in Milwaukee, Wisconsin.

As per reports, the woman, Stephanie Rapkin, who also stands accused of shoving a 21-year-old college student writing in chalk on her sidewalk, resisted arrest.

Police sent to detain the 64-year-old on battery and disorderly conduct charges were met with violence when Rapkin reportedly kneed one officer in the groin.

The lawyer was caught on camera spitting at Eric Lucas, a 17-year-old student at Shorewood High School. Protesters had engaged in a shouting match with Rapkin after she parked her car in the middle of the street to block them.

At a press conference, Lucas, who Rapkin spat at, said he was “mentally and physically shaken to be assaulted by an adult in my own community during a pandemic.”

As per WDJT, he said: “Again and again I am viewed not as a child but as a color.

“That my people and me, a young black man living in a white American can one day be equal. Every day my heart stays warm with a chance of success in this cause. Winning against injustice poverty. Winning against poverty.”

Another video shows people arguing with Rapkin outside of her home. She defended her actions by stating that Lucas had attacked her first, though others can be heard on the film denying this version of events.

Rapkin is accused of pushing student Joe Friedman after he countered her argument.

According to a press release from Shorewood PD: “The victim in today’s incident reported he was peacefully protesting on the sidewalk in front of suspect’s home when the suspect came out and engaged in a verbal altercation with the protesters. The victim reported the suspect then slapped both of her hands on the victim’s chest and physically pushed him.”

Rapkin was subsequently booked in Milwaukee County Jail at the weekend and held overnight, with bail set at $950.

Larry J. Martin, executive director of the State Bar of Wisconsin said that “both [of the videos] disgusted and disturbed. … There is no justifiable reason for one person to ever spit on another individual.”

Indeed, whatever her motives, Stephanie Rapkin should have known better than to act as she did, especially considering the fact that she is a lawyer.

Share this article on Facebook if you hope to see less of these incidences in the future, and if you support with the Black Lives Matter movement.