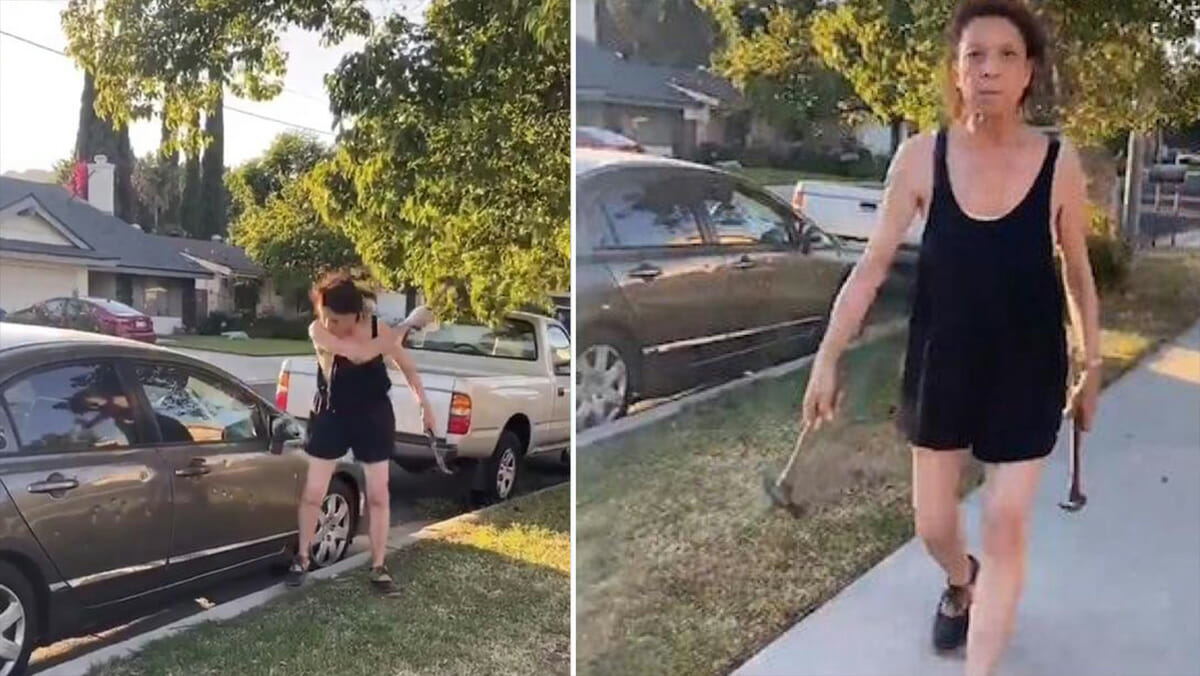 The car, which was left with around 50 dents, belonged to Natalie’s roommate who was away at the time.

But the woman didn’t stop there, she also kicked a trash can over outside the house in Chatsworth and then shouted racist abuse at Natalie.

In trying to calm her violent neighbor down Natalie asked: ““What have we done to offend you? Please let us know.’”

But the woman continued with her tirade of abuse toward Natalie and in front of her children told her to “Go Back to Mexico.”

Another neighbor was able to restrain the woman and stop her from doing any further damage.

When the police arrived the woman repeatedly told officers she was upset that the car was parked too close to hers, despite it being parked in a public street.

The car owner’s insurance won’t cover damage associated with vandalism so a GoFundMe has been set up to help.

“It’s not funny,” Natalie added. “It’s really sad to see somebody at that age act that way, but I think at the same time it brings awareness to what can really happen.”

Police said the woman has been booked on suspicion of felony vandalism, as reported by CBS Los Angeles.

I can’t believe this woman has only been booked for vandalism!

Please share to show your support for Natalie and her family and for all that can be done to stop this woman.