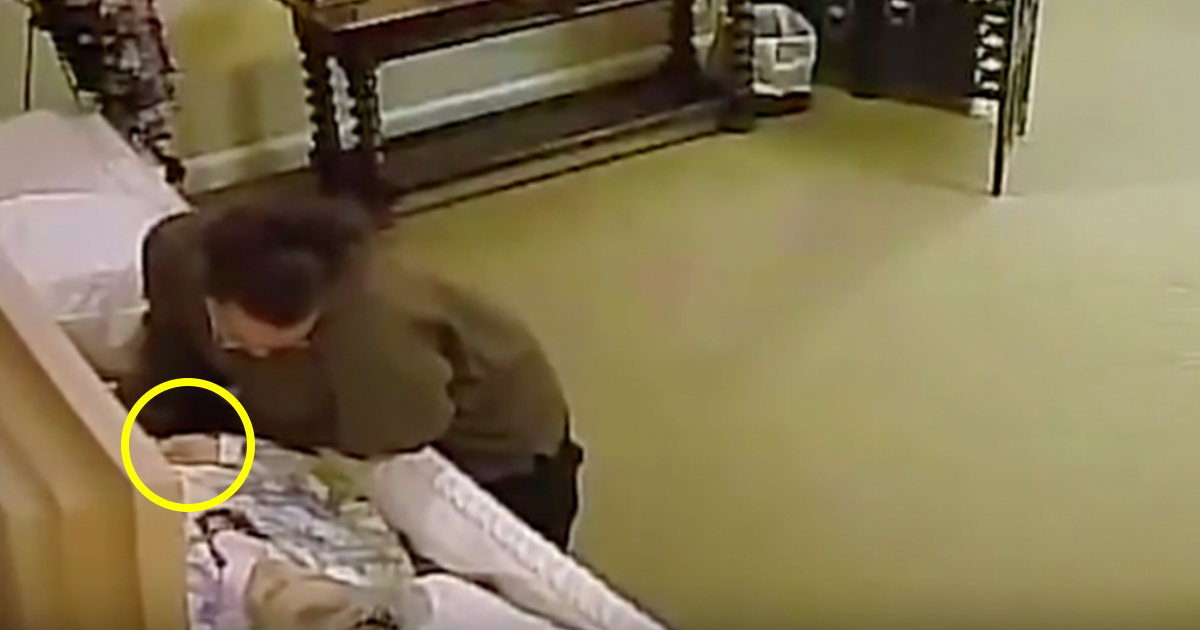 What happens after we die is still an unknown phenomenon — what’s certain is that we will all end up there one day.

I have never been particularly afraid of death but after seeing what this surveillance camera caught on tape, I’m starting to feel like I should be.

Lois Hicks from Texas, USA, passed away at the age of 88 last year. She lived a long life was filled with love and joy, the Daily Mail reports.

But no one in her vicinity could have predicted what would happen to her after her death.

In the viewing room of her funeral service, while in her coffin, a stranger managed to enter the room when no one was around.

The unkown woman had no idea that there was a camera in the room which filmed everything that took place.

At first it seemed like the woman had come to pay her respects and say farewell to the deceased woman. But when watching the video, it doesn’t take long to realize that’s not the case — at all.

Lois was wearing a big diamond ring on her finger — and that’s exactly what the woman was after.

The video captures the woman bending over her dead body and clearly trying her best to get the ring off Lois’ finger.

Once she has it, she quickly disappears from the scene.

As soon as Lois’ family saw her in her coffin, they noticed her ring was missing and called the police.

Thanks to the surveillance camera, they were able to catch the thief. She has since been arrested.

To steal from an elderly person is just vicious — but to steal from a dead person — well, it leaves me completely speechless. How can a person be capable of such a thing?

But there’s more to this story. Lois was a feisty jokester and had been her entire life.

When the police finally caught the thief and repossessed the ring, they noticed that it was not a genuine diamond but in fact a plastic ring.

Lois had not only fooled the thief — but also her own family, and under the grim circumstances, her family had a good chuckle.

Hopefully the thief learned that you should never steal, especially from someone who’s dead.

Lois must really have been a pretty fantastic and humorous woman to be able to play a prank on people — even after her own death.

Below you can see what the camera caught.

Feel free to share Lois’ story if agree that stealing from the deceased is just shameful — I really hope the thief got what she deserved!