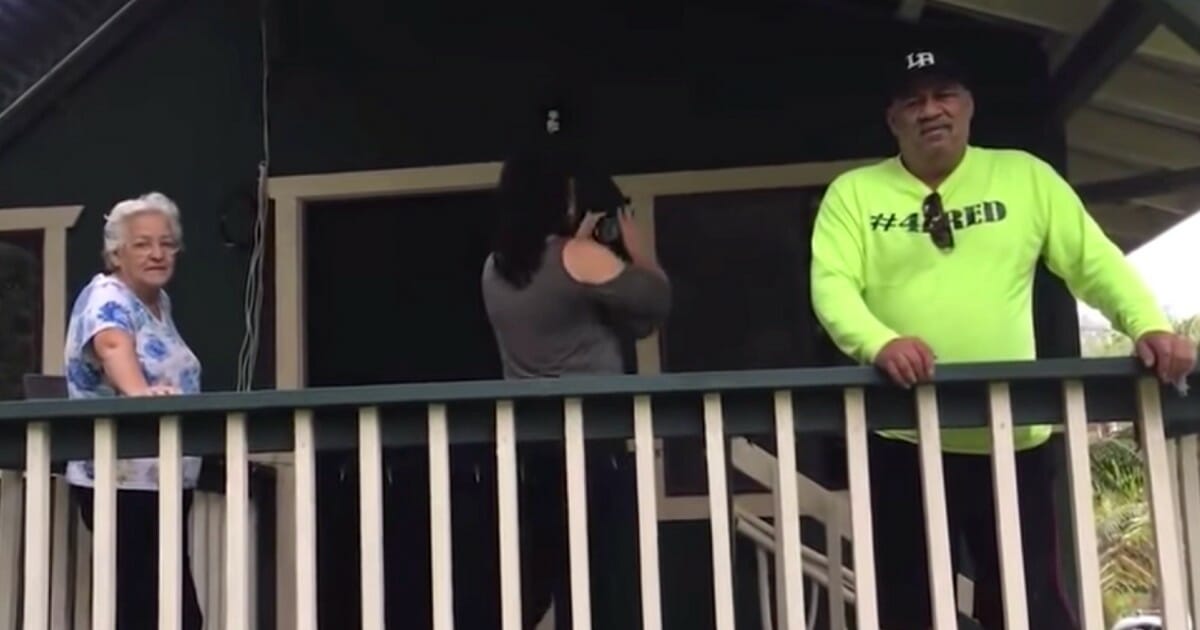 Kahealani Paradis wanted to thank her grandparents for sacrificing so much for her and raising her to become the woman she is today. And when the opportunity to show her appreciation arose, she took it.

“They’ve sacrificed so much for me and raised me to know that it is always better to give then to receive…. that it ain’t all about the money in your pocket, but about sticking together as a family & loving each other unconditionally,” she wrote on Facebook.

For a “very long time” Kahealani had wanted to surprise her grandparents with an upgraded home.

“I’ve been wanting to get them a house for a really long time,” she told InsideEdition.com. “The house they had is where I grew up, where my mother grew up, where all their kids grew up. It didn’t have electricity or water. A lot of people live like this in Hawaii.”

Her grandparents relied on generators.

When she found a home, she jumped on it.

One day she came across a two-bedroom home that she couldn’t pass up. The 29-year-old cashed in her husband’s retirement fund and purchased the house on Hawaii’s Big Island.

Kahealani filmed the moment she showed her grandparents their brand new home.

When her grandmother learned whose home she was standing in front of, she put her face in her hands.

“She just wouldn’t believe me, she couldn’t believe it,” Kahealani said. “I said, ‘Yes, grandma, I’m serious. You can move in right now if you want to.’ She was just walking around the house with her hands over her face, crying. It was just a day full of tears.”

I wish I could do this for my grandparents. What a beautiful surprise this must have been for this family.