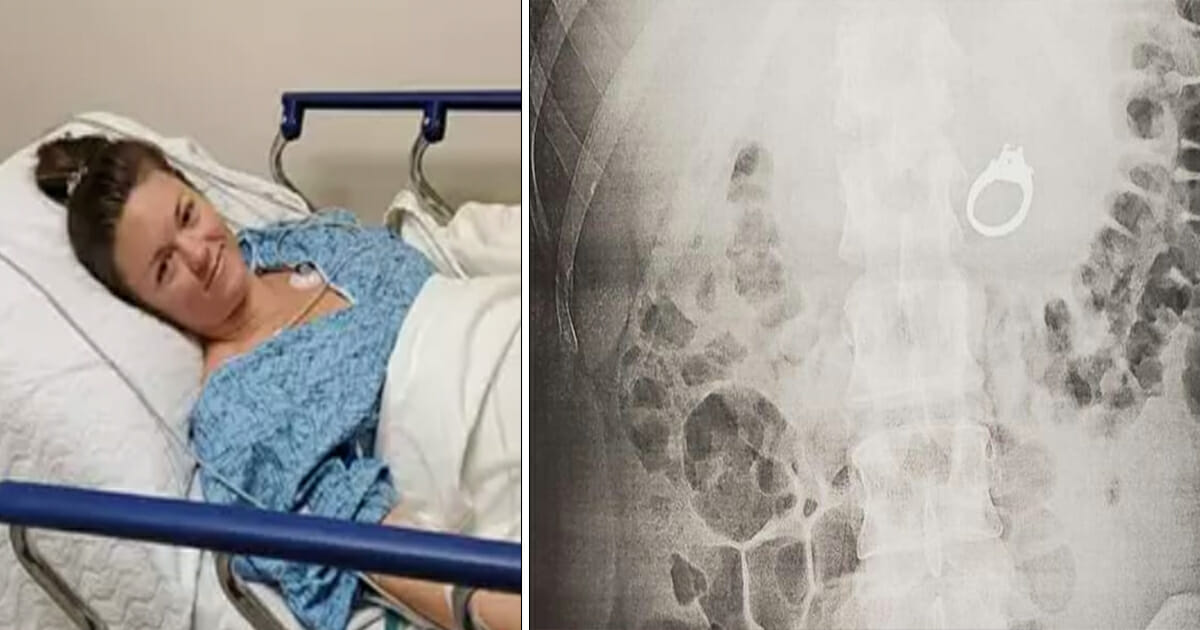 Dreams remain one of the great mysteries of life.

Why do we have them? What do they mean? Why do we remember some and not others?

For me, it’s almost always a relief when I wake up from a dream and realize none of it was real. More than once have I found myself stuck in an unfortunate situation, and so opening my eyes and realizing it was all in my head is a thankful reprieve.

For Jenna Evans, of San Diego, California, however, the bizarre events of her dream ended up crossing over with reality. She explained what happened in an amusing Facebook post that has since earned 54,000 shares and 32,000 comments.

29-year-old Jenna Evans went to bed one night and dreamed of a “very sketchy situation involving a high speed train and bad guys.” In the dream, her fiance, Bob, advised that she swallow her engagement ring, as it’s “the only way to prevent something from being nicked.”

Yet when Jenna woke up, she realized that her engagement ring was no longer on her finger.

After breaking the news to Bob, who found it hilarious, the couple headed to hospital. Scans then determined that she had indeed ingested her own ring.

Jenna required minor surgery to retrieve the ring, but fortunately it’s now safe and sound back on her finger.

The wife-to-be thereafter posted a somewhat hilarious Facebook update, stating: “On Wednesday morning, I realised my ring was not on my hand and had to wake Bob Howell up and tell him that I swallowed my engagement ring. I don’t think he believed me right away.

“We laughed pretty hard for about an hour and a half, called my mom, laughed until we were crying, googled ‘do other adults swallow rings’ because kids do it all the time, but apparently it’s less common for adults.

“I went to urgent care where I struggled to explain why I was there, because I was laughing/crying so hard. The doctor ordered an X-ray and seemed pretty shocked when she walked back in with a second doctor and showed me that sure enough, my ring was right there in my stomach! They called a gastroenterologist and decided it would be best NOT to let nature take its course. (Thank God) Before I left, she recommended seeing a sleep specialist as well.

“Bobby took me to the GI doctor where I got to tell a whole new group of doctors and nurses that yes, I swallowed my engagement ring. At this point, I could definitely feel it in my guts, it was starting to really hurt and make us nervous.

“They decided an upper endoscopy was just the thing and said don’t worry its not big deal, but please sign this release form just in case you die. Then I cried a lot because I would be SO MAD if I died. I waited a long time for that damn engagement ring and I WILL marry Bobby Howell DAMNIT.

“Everything went great, they found my ring just beyond my stomach in my intestines, retrieved it and gave it to Bobby, not me.

“Bobby finally gave my ring back this morning – I promised not to swallow it again, we’re still getting married and all is right in the world.”

What a story to tell the children! We’re just happy she was able to get the ring out and back on her finger safely!