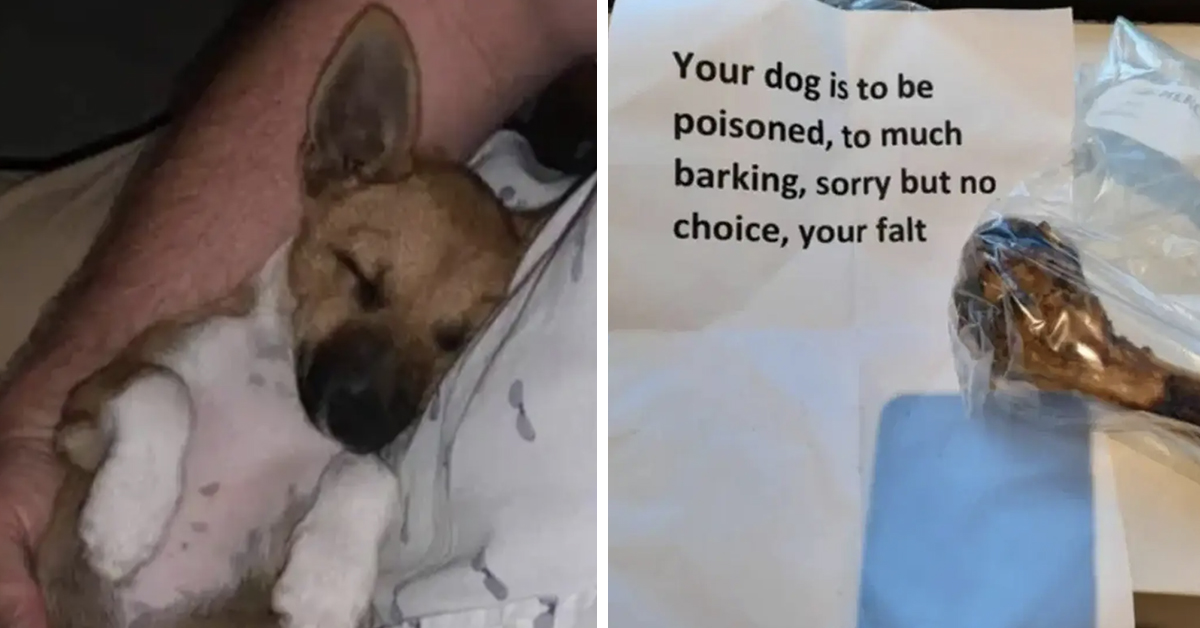 A woman from Sydney, Australia has told how she was forced to rush her beloved dog to the vet after finding a bone in her backyard, along with a note indicating that it had been poisoned.

66-year-old Cheri Blair, of North Sydney, made the find at around 6:00am on Monday morning. She said the letter found at the scene claimed her dog was guilty of barking too much and therefore had to be poisoned.

Panic-stricken, Cheri rushed her Portuguese Podengo Jolene to the vet, where she remained all day while they ran tests.

When Cheri woke up on Monday morning, she started the day as she might start any other: by letting her dog Jolene out into the backyard.

Yet when Jolene failed to return to her, Cheri went to investigate and found a large dog bone in the corner.

“It was one of those ones that you have to go to the pet store to get there, like a freeze-dried bone, quite big,” she told the Daily Mail.

The 66-year-old’s initial thinking was that the bone had simply been thrown over the fence by someone.

That was until she found the letter.

“Something made me go down there [again], and then I looked down,” she explained. “There was a letter, but it was sealed in an envelope and it had the message on it.”

The note read: “Your dog is to be poisoned, to [sic] much barking, sorry but no choice, your falt [sic].”

“‘I just started freaking out and I started screaming at my husband, ‘Go get the bone!'” Cheri said.

“They couldn’t even spell, it was horrible.”

“We don’t know for sure [the bone was poisoned], but I was going to take any chances. I mean it’s obviously quite threatening,” Cheri said.

She revealed how Jolene had barked for around 20 minutes with two other dogs the day before the incident. Jolene then barked again later that same evening, leading to a female voice shouting “shut up” from the apartment block near Cheri’s house.

Even so, she’s unsure as to who is responsible for the potential attempted poisoning.

“There’s only one person I’ve had an issue with throughout the years,” she said. “I don’t think it was him because he’s now got himself a Covid dog but he used to hate dogs.

“I’m here all the time, she doesn’t bark at night at all.”

How terrifying! Who would do such a thing simply because a dog is barking?

Let us know your thoughts on this story in the comments box on Facebook, and be sure to share this article.