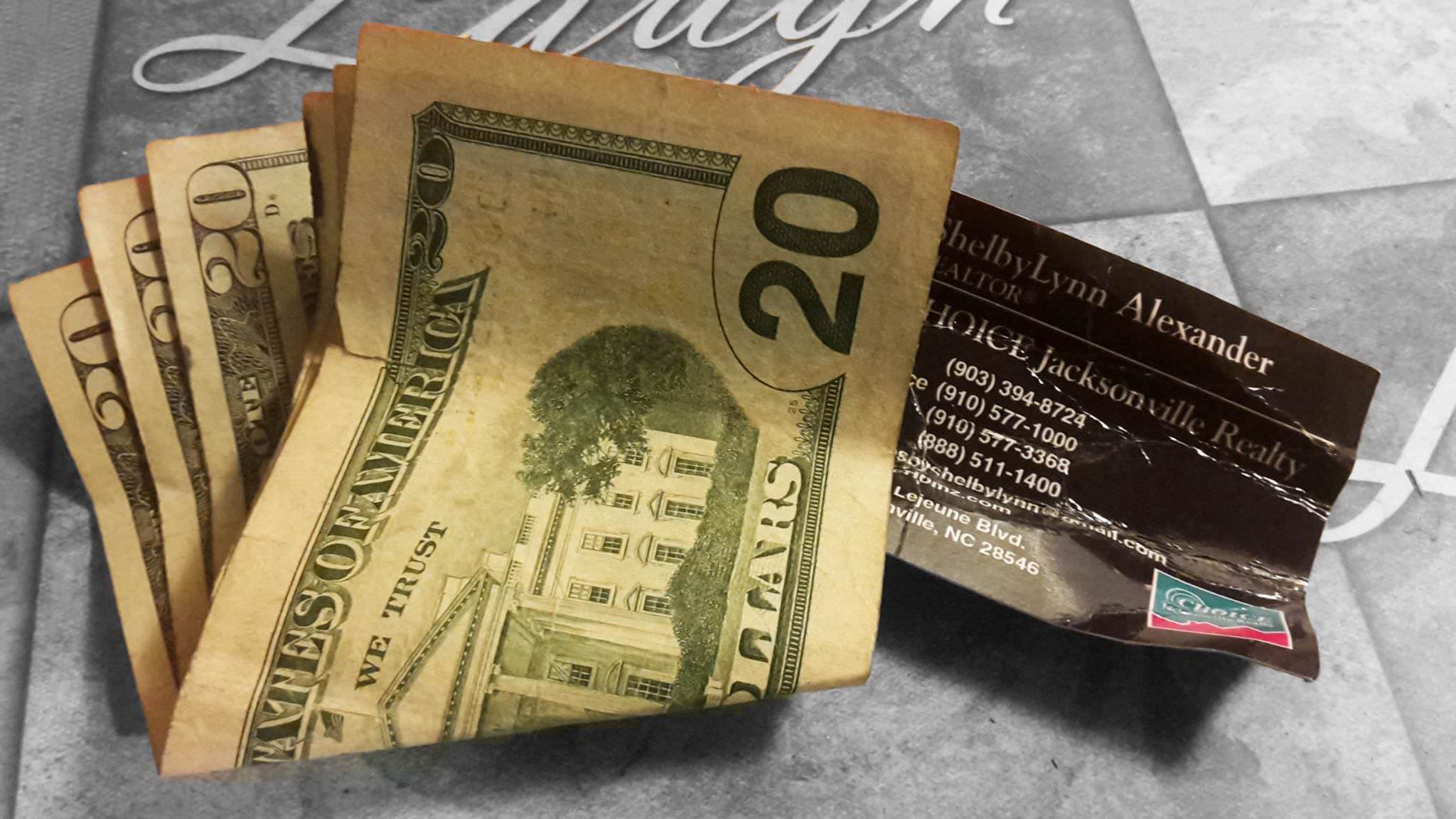 There’s nothing like the perfect story. A story that includes compassion, hope, and of course, love.

That’s why I immediately felt this story needed to be shared.

Some time ago, Shelby Lynn Henry Alexander, a real estate broker from Jacksonville, North Carolina, encountered a homeless man on the street.

Although not in her habits, she decided to hand him some cash, as well as her business card.

But months later, she received a phone call from him, and she realized he was not who she thought he was.

“In January of this year, I was waiting in my truck at a stoplight and noticed a man holding a cardboard sign. Written in Sharpie were the words, ‘Need a little help. Will pay it forward.’

I pulled over by him, explained that I usually only gave food instead of money, and gave him three bills folded around my real estate business card in case he needed help finding another place to live. By his phrasing, ‘Need a little help’, I wasn’t sure if he was homeless or if he was just going through a difficult time in his life.

I never caught his name, but I remembered his face. I remembered everything; the dingy clothes he had been wearing in the thirty degree weather, his dog he had wrapped in blankets instead of himself, and the shamefulness in his eyes as I offered him the money. I said a prayer for him and drove away.

Tonight at work, I received a call from a man who wanted to see one of our houses and had asked for me by name. We had arranged an appointment, and I drove to the address when I left the office. As soon as I pulled into the driveway, my eyes were first drawn to a plump dog hanging out of the window of a truck that seemed as happy as could be. I recognized him first. Then, out of the truck, stepped the man I had given money to so many months ago. This time, though, he was wearing a collared shirt, freshly-starched jeans, boots, and had a clean-shaven face.

The first thought that crossed my mind was that he had scammed me by pretending to need money in those dingy clothes, but I later found out that was not the case at all. In fact, he recognized me just as much as I had recognized him. With an outstretched hand, his eyes filled up with gentle tears as he handed me three fresh bills wrapped in my crinkled business card. Besides being confused, I was speechless.

He explained that his ex-wife had taken everything he owned, besides his dog, and had run off with another man. At the time, he didn’t need a handout, just help. As it turns out, he’s an engineer with a great new job, happy dog, new truck, and new life. He was looking at the house for a friend of his and told me it was his turn to ‘pay me back and pay my business forward’ as his cardboard sign had promised. What I learned from tonight is that you never know what someone has going on in his or her life, and it can be so easy to judge from the outside looking in without knowing the circumstances. I said a prayer for him and drove away.”

"In January of this year, I was waiting in my truck at a stoplight and noticed a man holding a cardboard sign. Written…

Posted by Love What Matters on sábado, 7 de octubre de 2017

Reading this story made me tear up. What a truly positive and uplifting case of humanity! Please share to spread the word: kindness is alive and well, and can make amazing things happen!