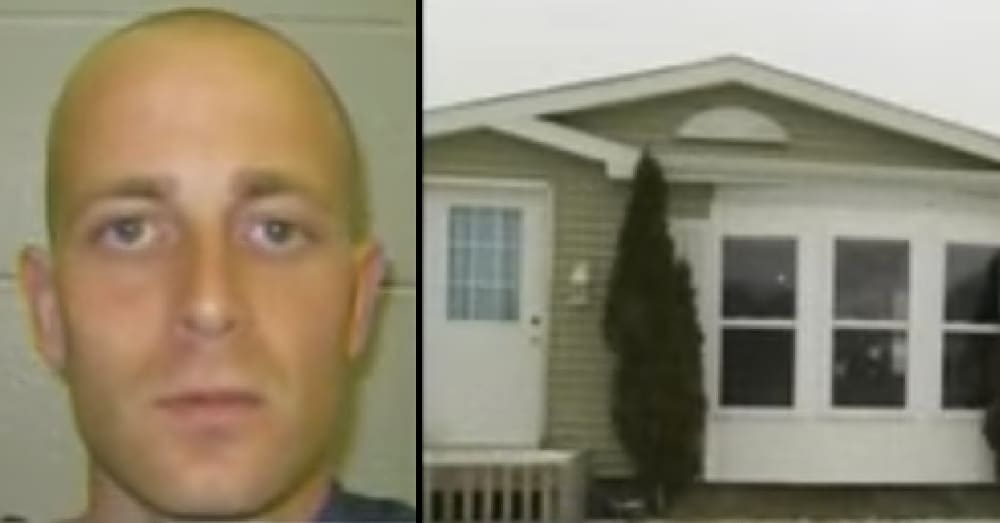 Bravery comes in all shapes and sizes.

It’s great when people show a bit of ‘back bone’, but it’s even better when their courage manifests itself in smart, calculated action – like in the case of 14-year-old James Persyn.

One night, he was babysitting his two younger siblings – an 11-year-old sister and a 2-year-old brother – when his dad left to pick up his girlfriend a few miles away.

Suddenly, James heard loud knocking at the door and a woman screaming in panic.

“She screamed she would die if I didn’t open the door,” James recalls.

Cautiously, the boy opened the door to find a young woman with bruises covering her face. She was holding her arms close to her body – one of them was broken.

As soon as James opened the door, the woman burst into the house and told him: “We have to hide! There’s someone out there who has kidnapped me and he’s trying to kill me.”

James acted quickly and locked the door, turned off the lights and took the injured woman and his siblings to the bathroom. He then armed himself with a small army knife and told the woman to call 911. He himself called his father and explained things, asking him to come home immediately.

It wasn’t long before they heard an angry man at the door, beating his fists and shouting. It was Eric Ramsey, a 30-year-old criminal who had kidnapped the woman and was now trying to kill her.

The seconds passed and things got even more terrifying when everything fell silent.

When Ramsey couldn’t force his way into the house, he retrieved gasoline and a match. The children and the young woman waited anxiously in the bathroom and hoped that help would arrive in time.

Fortunately, Jacob’s father arrived at the house soon after. He was able to extinguish the fire just before the police arrived.

The woman was taken to the hospital while the family stayed at home and tried to process all that had happened. The police came later and informed them that they didn’t have to worry about the man coming back – he had been shot and killed.

He said: “If James had not let her in, there’s no doubt Ramsey would have killed her.”

James’ dad is proud of his son’s quick thinking and courageous efforts.

“We never really thought of him as a hero,” he said, according to the police statement.

“But I continue to tell him how proud I am of him.”