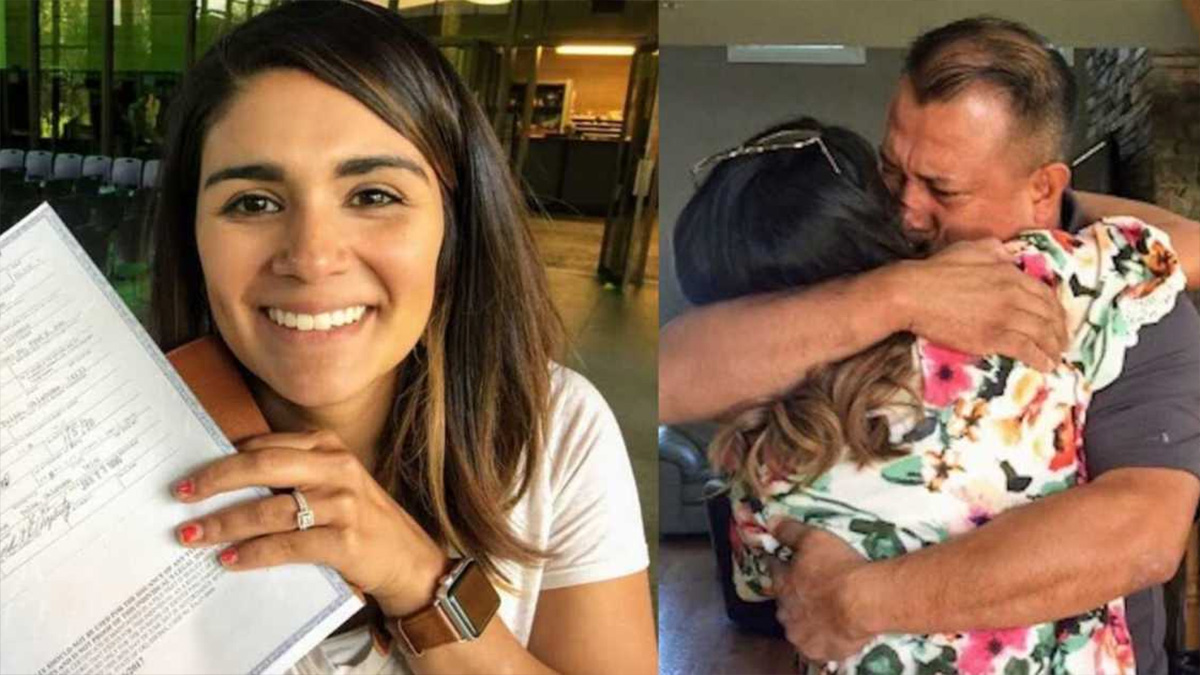 When Samantha Thomas was old enough to understand her parents told her she was adopted.

Like most adopted children she never stopped thinking about her birth parents and what they were like but all the information she had on them was they were from Chicago and her dad’s name was Eddy.

With those very vague pieces of information Samantha decided to start looking for her birth parents when she was 18.

But it wasn’t anywhere near enough to locate them and she had to resign herself to the thought that she may never find them.

But when Samantha had kids the need to find her birth parents became even greater.

“I never struggled with feeling angry at my real parents and I understood their reasons for what they did, but I did start to get curious about my birth family as I got older,” she said, as per the Metro newspaper.

The 28-year-old mom from Tulsa, Oklahoma, traced the adoption attorney and discovered her birth parents had left her a blanket, letter and a photograph.

When she tried to access them she discovered they had been destroyed, as reported by Ron Project.

“It was a massive punch to the gut when I found out the letter was gone and there was nothing I could do about it. I had no other option but to try to convince a judge to release my files,” Sam said.

Sam said the feeling of leaving a court room with the names of her parents was “amazing.” But actually finding them was even more extraordinary given her mom’s name turned up 10,000 results in the telephone directory.

“I thought there would be no chance, but I believe it to be fate that I felt drawn to the third name on the list. We found her on Facebook and my husband said straight away that it was her, he was convinced,” Sam explained.

The family resemblance was strong and Sam sent an email introducing herself and her biological mom responded.

“The moment I found her on Facebook felt too hard to process, I just sat there shaking and crying, it was completely overwhelming. I never even realized I missed them until I met them. I flew over to Chicago with my family and I was really scared,” Sam said.

Eddie and Valerie Rivera were 19 and 20 when Sam was born and gave her up when she was two days old saying they didn’t have the resources to raise her properly.

What Samantha didn’t know is that her birth parents had married four years after she was born and had three more children. Samantha had siblings she knew nothing about.

It took decades of wondering and researching but finally Samantha was reunited with her biological family and visits them as often as she can. They have a lot of catching up to do.

Credit to Samantha’s adopted family for supporting her in her search. I wish Samantha and her family all the happiness in their future lives together.