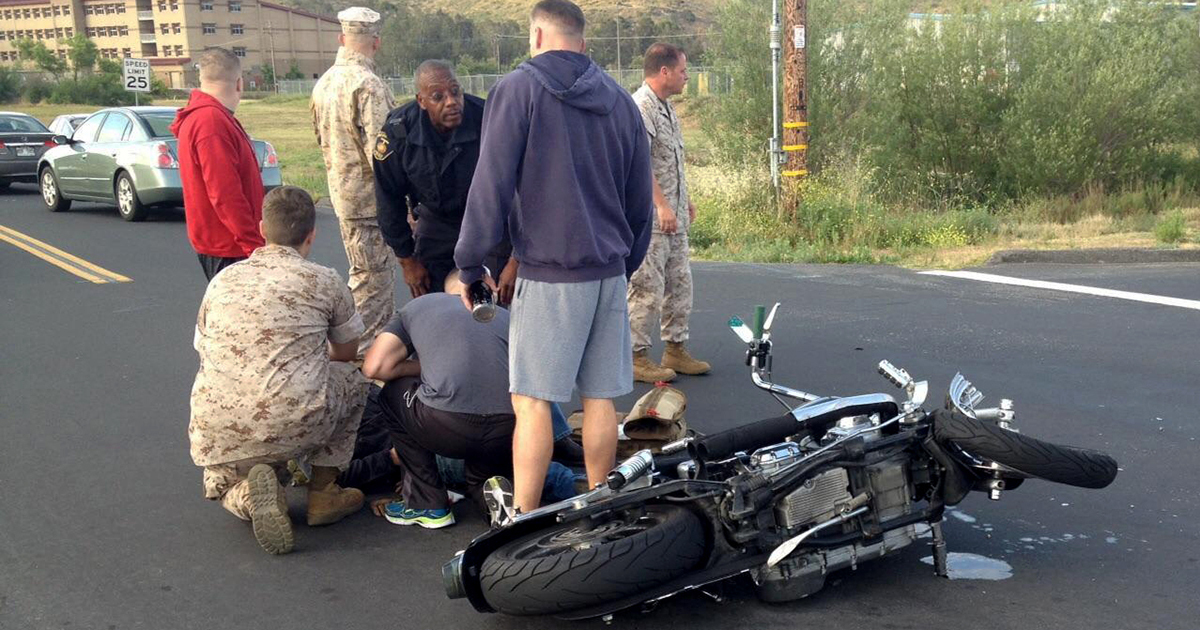 When you’re driving a car, you only have two things to keep an eye on: the road and your fellow passengers — nothing else.

So, to all of you who use your phones while driving — stop immediately.

Not only are you exposing yourself to danger, but you can actually destroy the lives of others while doing so.

That’s why I think this story is worth sharing, because it really makes a point about how you should treat people who aren’t respecting others on the road.

The story was submitted by a user named ‘boxing dude’ on the forum site Reddit — and I hope you appreciate it as much as I did.

It all started when a motorcycle driver was forced to crash to avoid a much more serious accident.

Another driver was texting on her phone while switching lanes, which could have ended really badly.

A highway police officer arrived quickly to the scene and realized what had just happened.

Because of the nature of his job, this wasn’t the first time the officer had witnessed such an incident. He decided to teach the lady who had been driving while texting a real lesson.

Here’s what user ‘boxingdude’ writes when recounting the story:

“I was exiting an interstate off ramp in a downpour, this lady in a large SUV just swaps lanes in front of me. To avoid collision I laid my bike down and slid to a stop se real feet beside and beyond her.

As I’m struggling to get my 700 lb Harley Davidson upright, I spot a blue state trooper’s light flashing on my chrome. The trooper rolls down his window, asks me if I’m ok, and can I told it for a second. I nodded and he peels off after the lady, who was incidentally talking on her cell phone.

He orders her to stay, spins around doughnut style and races back to me to help lift my bike up. Reaches into his trunk and hands me his rain gear, instructs me to pull up beside him up ahead of the SUV, which was still waiting alongside the road.

He makes the lady get out of the car, gets her thouroughly soaked, and chewed her a new a****** for making me crash.

Proceeded to give her a 300 dollar and 4 point ticket, and compelled her to apologize to me.

Then he let me keep his rain gear so I could get home. Turns out he’s a motorcycle cop, when it’s not raining. so he had an appreciation for what bikers get to deal with on a daily basis.

My appreciation for the cops went waaaaay up that day.”