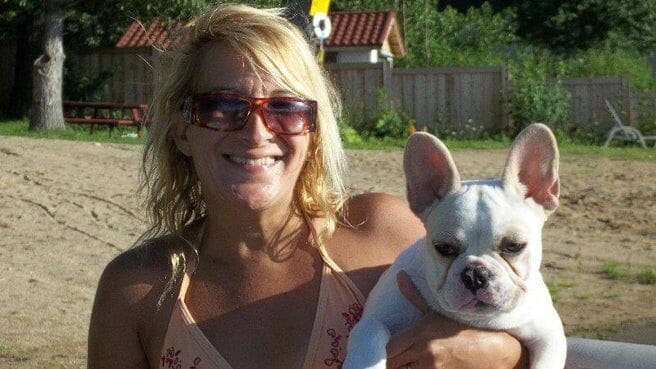 A woman who recently adopted a French Bulldog that had been bred for fighting was fatally mauled by it at the weekend, as per reports.

It’s said a friend found Lisa Urso unresponsive behind her home in Ingleside, Illinois on Saturday evening, with investigators having since determined that she had been attacked by her bulldog.

Lake County Coroner Dr. Howard Copper said that 52-year-old Urso had adopted the French Bulldog recently and that it had been bred to fight other dogs.

As per sources, the dog attacked Urso inside her home. She was able to make her way out to the patio behind her house, but there died of her injuries.

“You don’t really think about it happening with a smaller dog breed, but we forget animals can be powerful,” he said. “This animal has a lot of jaw strength.”

Toxicology reports are now pending, but it’s said Urso had suffered a number of bites and scratches to her legs, arms and torso.

Urso is believed to have gone to the dog shelter to get the bulldog back after it had previously attacked her boyfriend.

Such a tragic story of someone who was simply trying to do the right thing. Lisa Urso deserves our prayers.

At the same time, we must all remember that animals are animals, no matter how placid or friendly they may seem. Vigilance is always advised when dealing with pets … you simply never know.

Share this article to pay your respects to Lisa Urso, and to spread her story so that it doesn’t happen to anyone else.