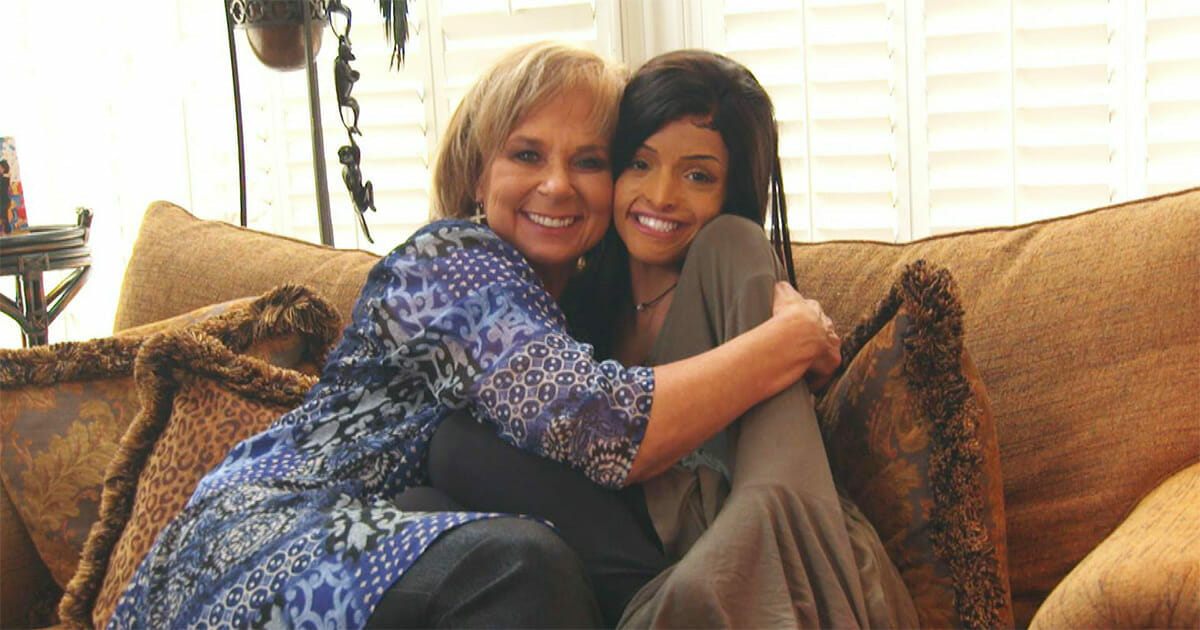 When Barbara Marlowe saw a picture of a badly burned girl in Iraq, she knew what she had to do.

Barbara said with “laser focus” 5-year-old Teeba was all she thought about and she wouldn’t rest until she got her the care she needed.

Teeba’s mom made the ultimate sacrifice and let Barbara adopt Teeba so she could help her recover.

She was sent from war-torn Iraq to Cleveland, Ohio where she built a new life for herself.

Now she’s getting ready to go to college and considers herself very lucky to have two moms who have made so many sacrifices for her.

Teeba was covered in severe second degree and third degree burns on her head and face and lost all of the hair on her head.

She was the subject of a newspaper article in 2007 which Barbara, who was 6,000 miles away, read. But it was Teeba’s image that she would never forget.

“Teeba’s eyes were so compelling, it was as if they were just saying ‘help me'”.

Barbara couldn’t have children of her own so made it her mission to get Teeba the help she needed.

She was able to trace Teeba’s mom and with her blessing she allowed Teeba to leave her home and go with Barbara to the U.S.

“It was a giant leap of faith. She’s releasing her daughter to someone she never met,”  Barbara told Inside Edition.

But Teeba’s mom just wanted her daughter to have the best care possible and 19 life-changing surgeries later Teeba has made astounding progress.

“I definitely felt very safe and very loved from the moment I stepped off the plane,” Teeba told Inside Edition.

After ten years Barbara arranged a reunion with Teeba and her mom. Teeba is so thankful that both of these incredible women made such a sacrifice for her happiness.

Barbara recalls the moment Teeba embraced her as her second mom.

“I remember just crying because I never thought I would hear those words, hear somebody call me mom.”

Teeba is now 17 years old and getting ready to go to college. Barbara and Teeba have even written a book called “A Brave Face.”

Watch her incredible journey in the clip below and don’t forget to SHARE this with your friends.