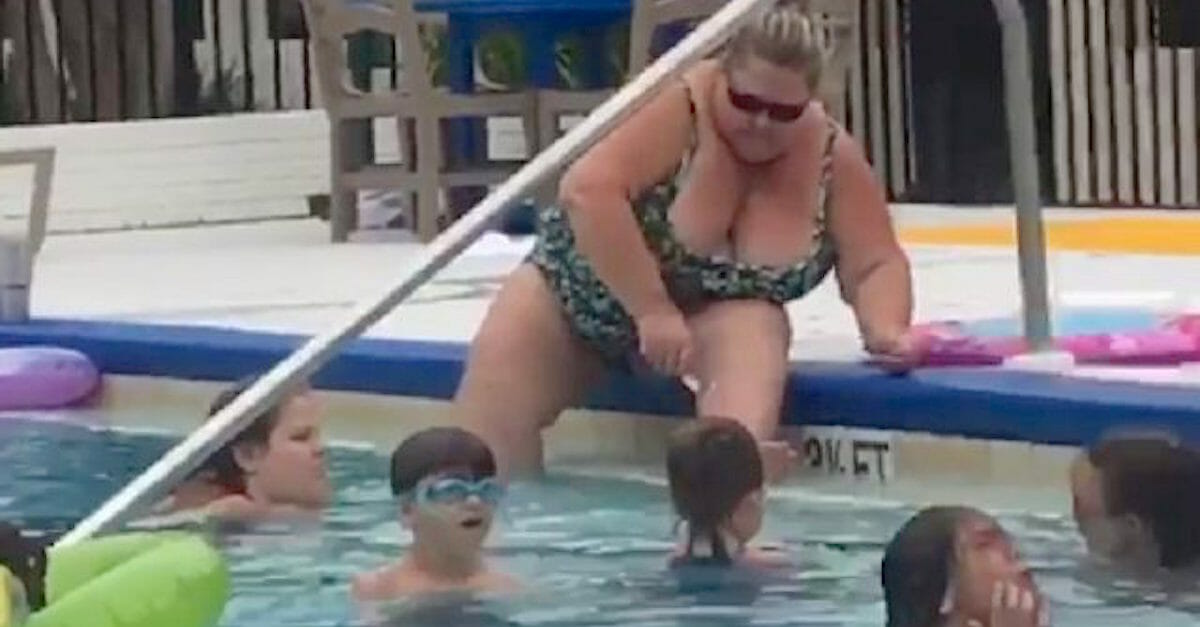 There are certain social rules we humans have in place for the betterment of everyone.

Some of them are unspoken. Take, for example, not shaving your body in a public swimming pool. There are never any signs poolside that say ‘don’t shave your legs in this water’ – you just know not to do it because, well… that’s just something you know.

Everyone knows that, right?

Wrong. In a video that quickly went viral after being uploaded onto the net, a woman in Florida can be seen taking a razor to her legs in order to rid herself of hair and dead skin, all the while sitting in what appears to be a public pool. Truly gross, we’re aware.

Now, Florida doesn’t have any rules against shaving one’s body hair in public – and we can’t claim to know anything about the woman in question or her circumstances. That’s not to say the video hasn’t caused mass controversy, however, having shot to fame after being uploaded to Reddit.

Perhaps the worst part of the video is that there are children splashing a short way away from the woman, and yet she remains unperturbed as she shaves her legs.

It should come as no surprise that the general reaction was one of disgust. The idea of someone shaving hair and dead skin into a public swimming pool is one that few of us can get behind, with most people pleading for the woman’s razor to be taken away.

One viewer shared their own pool-related experience: “I used to work at a public pool and for whatever reason they attract the worst of humanity. I would never swim in a public pool after that experience.”

See the incredible footage below:

So, the all important question. What do we think folks? Is there any defending this woman? What’s the worst thing you’ve ever seen at a swimming pool?