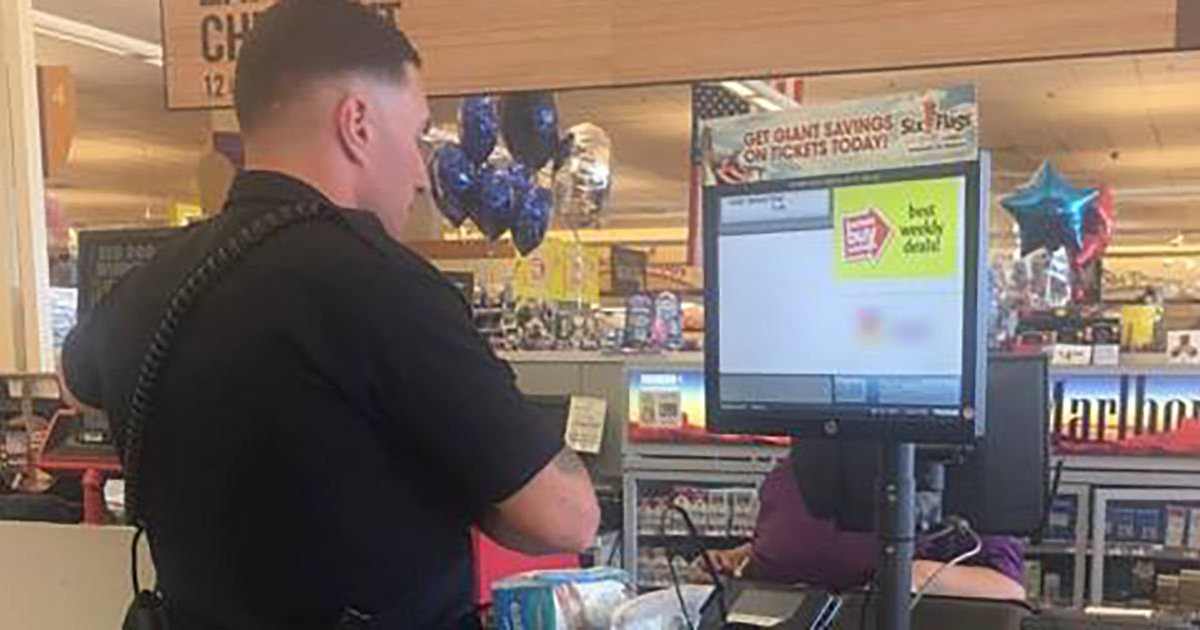 We all go through hard times in our lives. There was a time in my very own life where things were particularly hard financially. I would worry if I was even going to make rent some months and had to live on the very little I earned, sometimes skipping meals.

Some people might be fortunate enough to have never experienced anything similar to what I did but nevertheless I think it’s good for everyone to try and put themselves in other people’s shoes from time to time. Compassion and graciousness go a long way and — very often — make their way back to the giving person at some point in their life.

One person who I feel might agree is rookie police Officer Bennett Johns from the Laurel Police Department in Maryland, USA. He went beyond his duties as a police officer to help a mother in need, even after she broke the law. Now his story is making its way around the internet.

On July 20, a 20-year-old mother of a young baby found herself in a very difficult situation.

After purchasing her groceries, the woman realizes she wouldn’t be able to afford diapers for her baby. The woman decides to steal the double pack of USD $15 diapers. Her attempt to shoplift however, was unsuccessful. She was caught by a store employee and the police were called in.

Officer Johns soon arrived on the scene. The officer, who was just sworn in May this year, was raised by a single mother and quickly empathized with the young mother, The Daily Mail reports.

Unable to imagine the child being left without diapers, such a basic necessity for any baby, he decided not to arrest the woman. Instead, he stepped out of his role as a cop for just a minute and purchased the diapers for the baby with his own money.

“Officer Johns considered the situation and then made the decision to purchase the diapers out of his own pocket so that the young child would not suffer,” the Laurel PD department posted on their Facebook page. “It’s worth noting that the female was still issued a criminal citation for the theft.”

Read the official statement from the department’s Facebook page below:

The story has since been making ways all over the internet with many people humbled by the officer’s kind gesture towards the woman who was only trying to make sure her baby had diapers.

The department later issued a new statement (below) due to the wide amount of people who had been moved by the story and wanted to donate either money, diapers or other necessities to the young mother.

Stealing should never be encouraged and this woman was held accountable for breaking the law. The moral here however, is that sometimes you can go beyond what’s required from you to help someone less fortunate than you.

Please share this great story to honor Officer John’s kind gesture and all other compassionate officers like him!