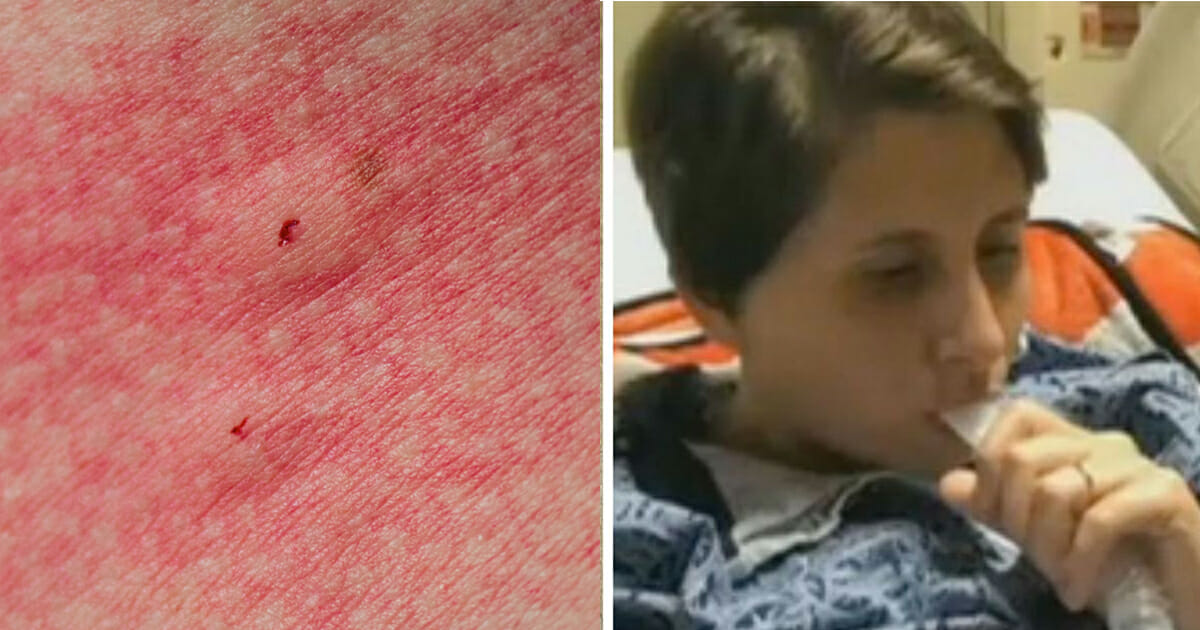 For most people, the only thing worse than getting a bite or a sting that’s severe enough to have you seeking medical help, is to do so when you don’t know exactly what caused said bite or sting.

When Angela Wright woke up one morning with arm pain and a few bumps on her chest and arm, she visited a doctor assuming it to be a routine precaution.

Mere days later, however, she was rushed to hospital after feeling like she was hallucinating. Whilst there, she was informed that her bites were so serious they could have resulted in her having a stroke. What’s more, the cause of the bites was something directly out of a nightmare…

A woman was hospitalized after being bitten by a brown recluse spider in her Brentwood apartment. She later found almost 50 spiders living with her. "We were finding brown recluses left and right, in our bed, in the ceiling, in the iron, in her shoe." https://t.co/kf3c1Du8u0

When Angela Wright, of Brentwood Tennessee, visited a doctor after sustaining mystery bites on her chest and arm, she believed it to be a necessary precaution. Sure enough, she was handed medication and sent back home for her recovery.

Mere days later, however, she was rushed to hospital after exhibiting some rather more alarming symptoms.

“I couldn’t walk, I couldn’t move and I could barely swallow,” Wright said, according to reports.

Arachnophobes look away now, for it transpired that not only had Wright been bitten by a brown recluse spider, but there were 50 – yes, 50 – residing in her room. Brown recluse spiders can secrete a necrotic venom, though their bites aren’t always felt initially and may not be immediately painful. A small number of brown recluse bites produce severe reactions, with victims suffering anything from damaged tissue, to lesions or even – in extreme cases – death.

Wright said that she notified her apartment building about the infestation but, despite her room being sprayed, the spiders returned.

“We were finding brown recluses left and right, in our bed, in the ceiling, in the iron, in shoes,” she explained.

To make matters worse, the complex told her she would be forced to give a 60-day notice period and pay $2,200 to buy her way out of her lease.

“They said the only thing they can do is give me a 60-day notice and I will have to fulfill that,” said Wright. “This isn’t my problem. I came here thinking this was a nice place to live.”

For more on Wright’s harrowing experience, watch the video below:

If this isn’t the stuff of nightmares, I don’t know what is. Just imagine being hospitalized by a dangerous spider, only to find out there are 50 of them living in your room, and there’s nothing you can do about it!

Does anyone else think that it should be the complex’s duty to get rid of the spiders for Angela? If so, share this article.