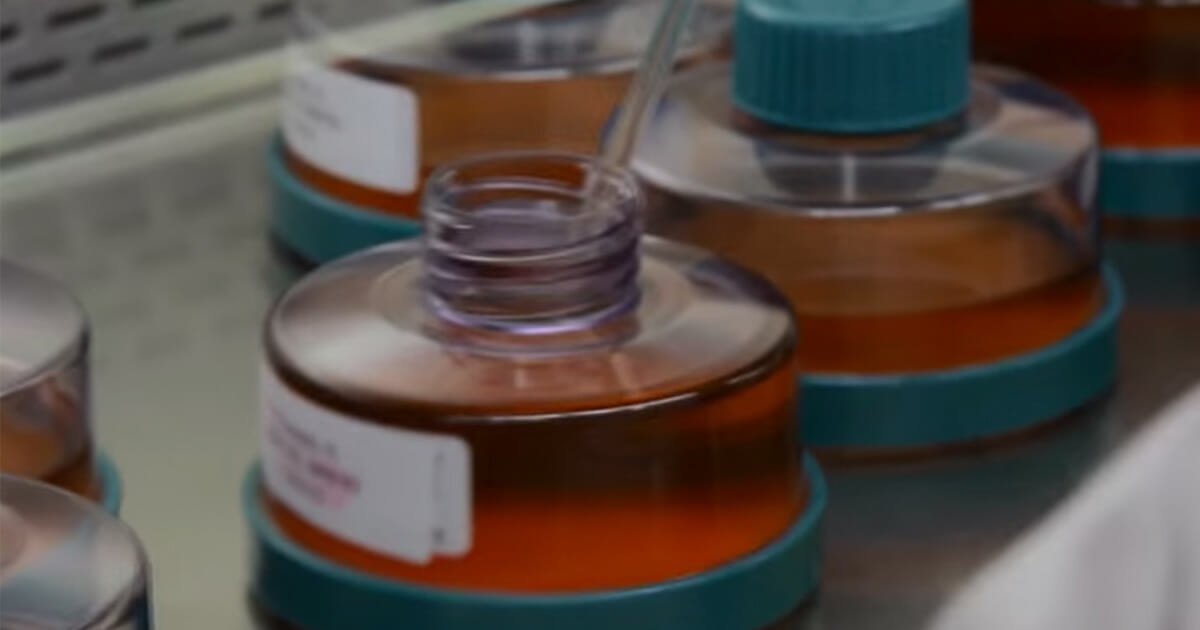 It’s no secret that cancer destroys lives every single day. Diagnosis can be soul-shattering, treatments – even when successful – are rigorous and tiring, and at the end of the road there’s hardly any certainty that a patient will live.

Scientists and researchers continue to work doggedly to find the miracle ‘cure’ for cancer, though a solution that works equally on all forms of the disease has proven extremely elusive thus far.

In recent years, more people have turned to natural remedies to combat the dreaded C, veering away from chemo and radiotherapy and instead embracing dietary changes and the like. Several examples of success stories spring to mind, though to say this is the definite way forward is far from concrete fact.

Judy Perkins all but received a death sentence in 2013 – she had been diagnosed with stage four cancer that spread quickly around her body. Having accepted that the bitter end was near, she sought out an experimental treatment… the rest, could quite literally be history.

In 2003, Judy had a mastectomy and had to have her lymph nodes removed. Just 10 years later, though, she found another lump, and this time her cancer was at stage four.

She soon underwent chemotherapy and hormonal treatments, but the cancer continued to spread. Within two years it had reached her chest and liver, giving her an extremely damning prognosis.

“I came to realize that I was going to die, and that’s where my mind was. I felt bad for my family, but I was grateful for the life I had had,” she said, as per Liftable.

Having resigned herself to the idea that her days were numbered, Judy opted for a more experimental route when she stumbled upon Dr. Steven Rosenburg’s research. Dr. Rosenburg specialises in immunology and works with the National Cancer Institute’s Center for Cancer Research.

His work revolves around the theory that a patient’s own immune system can be enhanced to better fight off cancerous cells.

He explains: “The body has hundreds of billions of lymphocytes and somewhere in the body of a cancer patient there are lymphocytes, we hypothesized, that could recognize what was different about the cancer.

“It was that hypothesis, it was that dream, that led us to try to identify the actual cells that were attacking the cancer and use them to actually develop a cancer treatment.”

Having conducted many clinical trials, Dr. Rosenburg came to learn that a specific cell called a T-cell was effective in fighting off certain cancerous cells, so long as it wasn’t outnumbered.

With the latter fact in mind, he began to extract T-cells from cancer sufferers and them multiply them, effectively turning them into armies of cancer-fighting cells. He would then infuse them back into the patient’s system.

When Judy Perkins and Dr. Rosenburg came together, this is exactly the treatment he offered.

Miraculously, before long, Judy began to see a difference.

“I think it had been maybe 10 days since I’d gotten the cells, and I could already feel that tumor starting to get soft. By then I was like, ‘Dang, this is really working’,” she said.

Now, two and a half years after her T-cell treatment, Judy is cancer free. Dr. Rosenburg himself believes the treatment is still working inside of her body.

“Circulating in her body are large numbers of cells we administered to her two and half years ago. This is just one treatment that’s necessary because the cells are alive. They’re part of Judy. They are Judy Perkins,” he said.

Though this sort of immunotherapy is still in its early stages, it could prove to be a groundbreaking step in the fight against a disease that has been one of humanity’s most obstinate enemies.

For more on Dr. Rosenburg’s treatments, watch the video below:

It’s fantastic that Judy is cancer free, and exciting that it was an experimental treatment that saved her! There’s a long way to go in the fight against this most terrible of diseases, but with people like Dr. Rosenburg working hard it’s only a matter of time before we find the cure.

Are you inspired/hopeful by Judy’s story? Like and SHARE this article to show all cancer sufferers they are not alone in this fight.