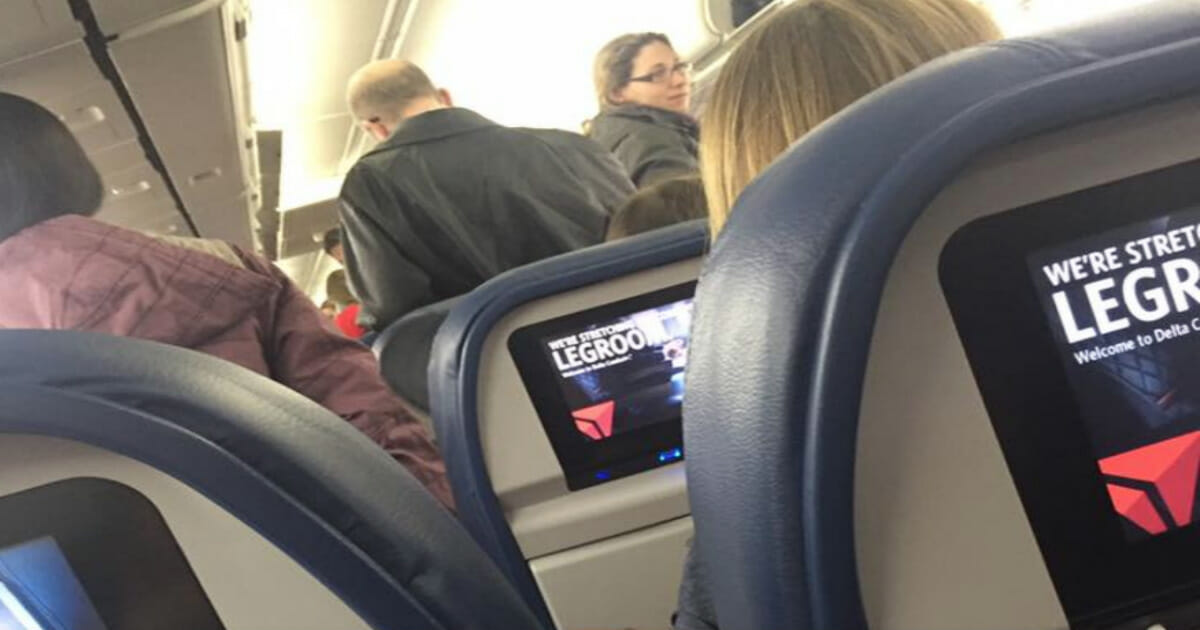 It’s so often in dire situations that a person’s true colors come to light.

We’ve all been in such circumstances; when things aren’t going well and it seems as though the world is intent on throwing disaster our way. Whilst many moms can likely relate to that, there’s one mom in particular who must have thought her nightmare had been all but confirmed.

She was sat a few rows ahead of fashion and lifestyle blogger Mackenzie Murphy on a flight when she became part of a truly uncomfortable scenario. Little did Mackenzie know she was about to experience something that would leave her with no option but to document it for the world …

When you think of likely candidates to be kicked off of a flight, your mind probably wanders to drunk and loud individuals, or perhaps passengers intent on either physically or verbally abusing others.

One person you probably wouldn’t assume would be given the boot is a mother with two young babies.

Well, that’s what Mackenzie Murphy almost experienced when she found herself sat a few rows behind a mother travelling alone with her two young children.

As she describes: “Yesterday, this woman on my flight had twin babies, probably under 6 months, not so sure of the age. It was a very packed flight so they started taking carry on luggage to store under the plane. A gate worker took this woman’s car seat, meaning she would now have to hold both babies since they weren’t old enough to sit up on their own in a seat.”

No sooner had the mom taken her seat than did a flight attendant come over to tell her she couldn’t sit with both babies as it was a health risk. The mom’s original plan was to put one of the babies in a car seat next to her, which is permitted so long as the airline has space.

However, with the flight full, the mom was told she would have to leave.

With the worst-case scenario quickly becoming a reality, it looked as though the mom would be resigned to having to book another flight. However, it was at precisely that moment that a stranger stepped up to the plate.

“A mother sitting in front of me, with permission from the other mother, volunteered to hold one of her babies for the entire flight. Keep in mind this was a flight that was supposed to be a quick 45 minutes. We ended up sitting on the tarmac for 2 1/2 hours! Without a complaint this woman fed the other woman’s baby, burped him.”

What’s more, it transpired said ‘surrogate mom’ also had a child of her own beside her. When the little girl grew jealous of this new baby stealing her mom’s attention, the mother reacted perfectly.

“Her own daughter started crying. This mom, so calmly, went on to explain to her young daughter that “our job is to help other people. This mom is all by herself with no help, and really needs another mom to help.” She then went on to hold him, sing him songs, and then he slept the entire flight without even a cry.”

Just … wow. What a great woman to go to such lengths when she didn’t have to. Not only did she no doubt make this stressed mom’s day, but she also proved herself an inspiration for kind-hearted people the world over.