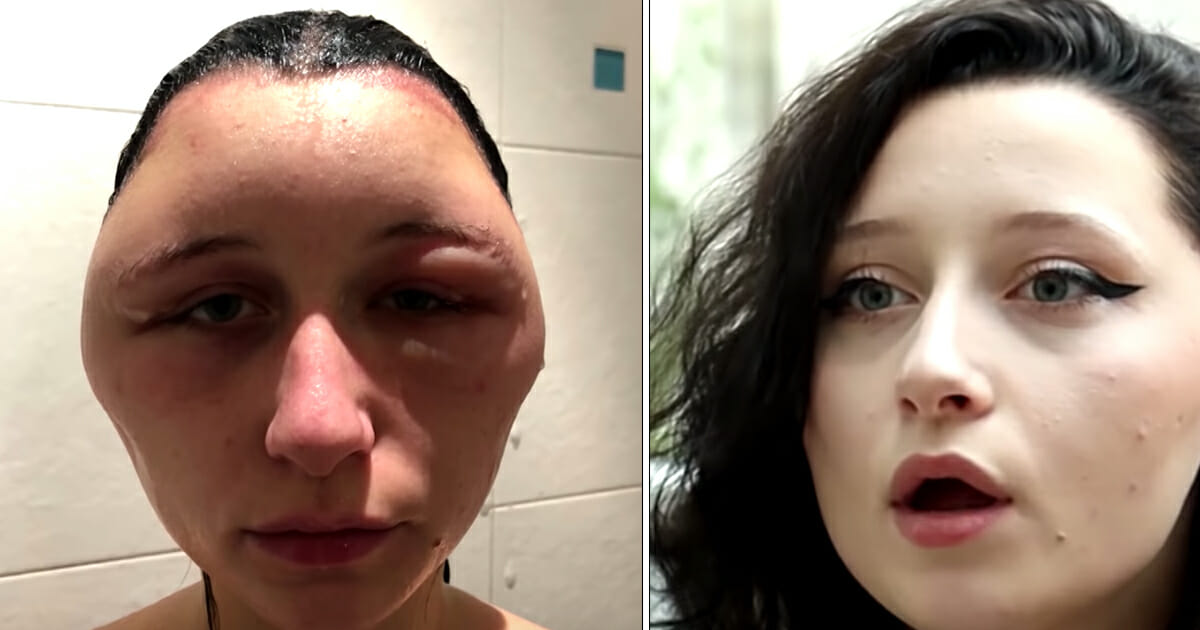 A 19-year-old Parisian student is speaking out to warn others over the potential dangers of hair dye, after a do-it-yourself home kit left her with a severely swollen head.

Estelle told French newspaper Le Parisien that she bought the hair dye at a supermarket and followed the instructions inside the box.

However, she’s since shared a number of terrifying photos depicting the reaction she had. Suffice to say, anyone who dyes their hair might want to take a look …

It proved a nightmare and then some for Estelle, who had a reaction to a home kit that contained a chemical known as paraphenylenediamine (PPD). According to reports, the chemical is commonly found in hair dyes, though Estelle’s reaction to it was unusually severe.

Admitting that she ignored instruction to carry out a patch test for 48 hours, Estelle waited half an hour before covering her head in the dye. She told Le Parisien that she immediately felt a reaction, with her scalp becoming itchy and irritated.

When her head began to swell, Estelle contacted a pharmacist for advice. She took antihistamines and applied a cream before going to sleep.

When she woke the following morning, however, her symptoms had gotten worse. At that point, her head was an astounding 63cm.

Speaking to Le Parisien, she said: “I could not breathe. I had a lightbulb head.”

In the end, Estelle was taken to the emergency room as her tongue continued to swell. She was given an injection of adrenaline and made to stay overnight.

Now, the student is aiming to raise awareness over the potential dangers of hair dye and PPD. She’s hoping that women will pay more attention to the instructions, and thus avoid running into problems such as the ones she faced.

Estelle had a near miss, but things could have been so much worse. You should always pay attention to the instructions when applying beauty products, and of course seek medical help if you notice any unusual reaction within your body.