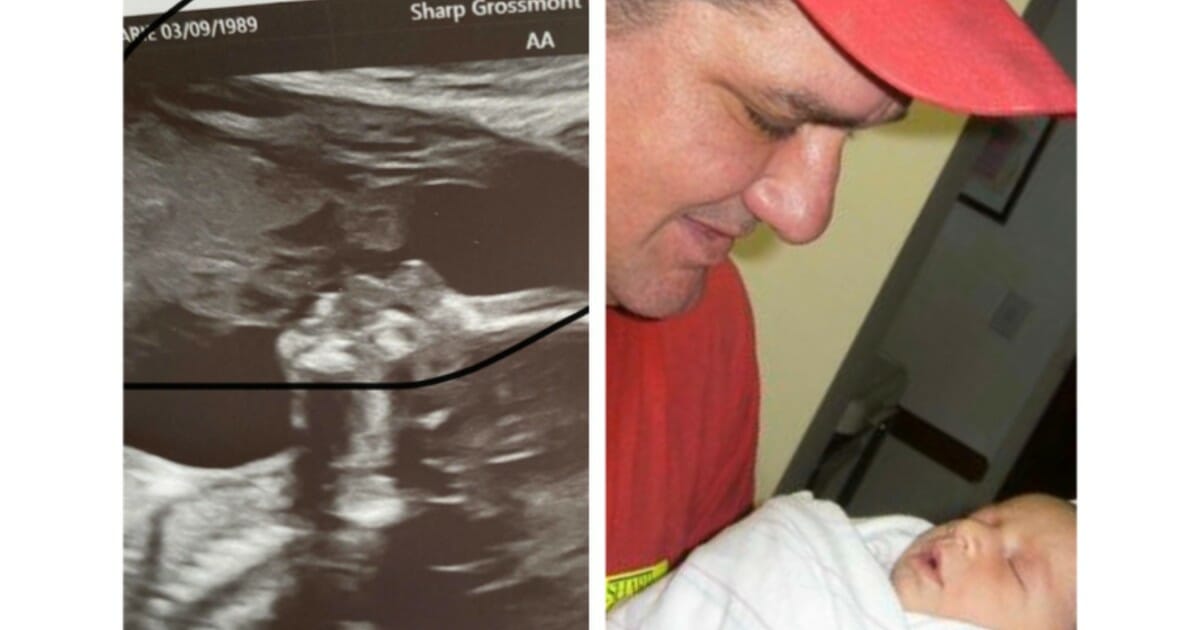 Have you ever seen an image in the clouds or a face in a piece of wood? When we let our imaginations wander we can see all kinds of images in places where they shouldn’t be, but what appeared in one mother’s ultrasound–surely it’s more than just a coincidence.

After having an ultrasound for her second child, Shantel Carrillo, shared the photo online. The San Diego County woman didn’t see anything out of the ordinary with it, but friends and family did.

“Looks like there’s an angel giving your baby a kiss on the lips,” Carrillo said her friends told her.

“I didn’t see it; I just posted the original picture online,” she told 10 News.

The ultrasound appeared to show Carrillo’s late father, Charles who died in 2016, “kissing” her unborn child. The image resembled a photo she has of her father holding her oldest daughter.

Even though Carrillo didn’t notice the eerie similarity at first, she believes it’s a message.

“It was kind of like validation,” she said. “This is just something he would do.”

Do you see the image in the ultrasound?