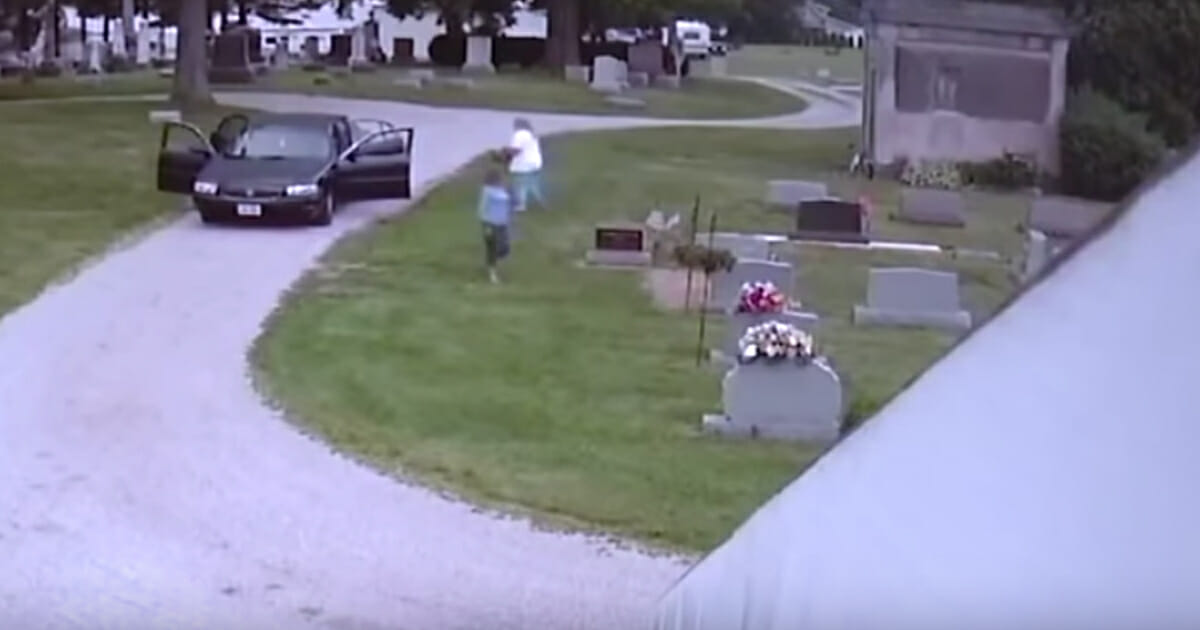 A cemetery is a sacred thing, where people should be free to mourn and pay respects to those no longer among us. It’s generally considered a safe and secure place, one where no one can do us harm.

Which is what makes the following footage so terribly upsetting.

In it, two women can be seen walking towards a tombstone while thinking no one is looking. Fortunately, their actions are being recorded by a hidden camera.

It’s not uncommon for relatives to leave flowers or other sentimental items after they’ve visited a grave. Can you imagine, then, how it must feel for them to do so one day, only to return on the next day and find their things missing?

One such incident was caught on camera at a cemetery in New London, Ohio, two years ago. A woman noticed that the flower pot she had given to her dad on Father’s Day in 1977 was gone. The pot itself wasn’t expensive or overly significant, but the sentimentality of it was.

The woman didn’t know how to get it back, so she turned to the police. With the help of a surveillance camera, they were lucky enough to solve the mystery. Footage from the camera depicted a black car driving to the cemetery. Two women then get out, head straight for a tombstone and proceed to take things from it.

The women, both in their 60’s, would later be identified and charged with theft. The most incredible thing about it all? One of the women was an elected official within the municipality.

Watch the footage in the video below: