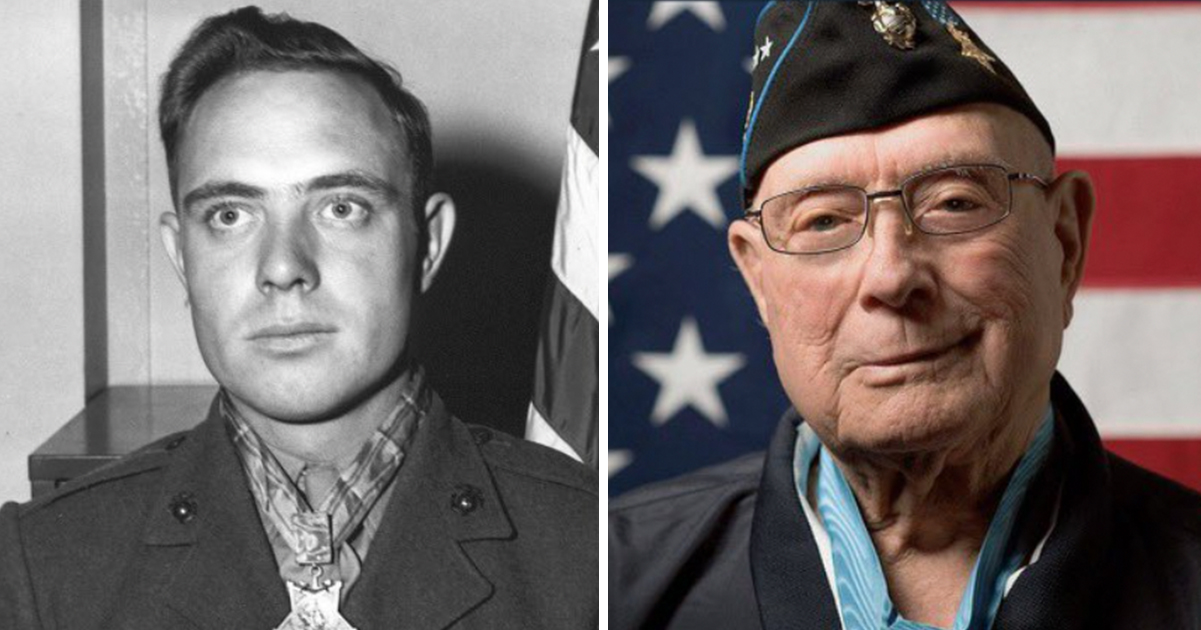 Hershel “Woody” Williams, the last surviving American World War II veteran to boast a Medal of Honor, passed away on Wednesday morning, according to reports.

Fox say that Williams, who received the esteemed medal for his bravery on the Japanese island of Iwo Jima, passed surrounded by his family.

The 98-year-old was the last survivor of 473 American service members to have been bestowed the Medal of Honor during the Second World War.

Shortly prior to his death, his family issued a statement asking for prayers.

“As he lives out his last days, we welcome and appreciate any additional prayers lifted up on behalf of Woody and his family,” the statement read.

Following the news of his passing, the Congressional Medal of Honor Society, made up of America’s 63 living Medal of Honor recipients, wrote in their own statement:

“Friends and family of Woody Williams knew him as a West Virginia farmer’s son and the youngest of 11 children who dutifully supported his family after his father died.

“Fellow Marines knew him as the corporal who volunteered for a mission on Iwo Jima to clear a lane through enemy pillboxes that were destroying American tanks.”

The message continued: “Veterans in West Virginia knew him as their advocate through his work as a Veterans Service Representative. Gold Star families knew Woody through his work raising money for scholarships and other programs through the Woody Williams Foundation. We, his fellow Medal of Honor Recipients, knew him as our friend and one of our heroes. We will miss him greatly.”

According to reports, Williams, WWII Marine, received his medal from President Harry Truman for extraordinary valor during the infamous battle of Iwo Jima in 1945.

Then 22 years old, Williams served as a flamethrower operator during the assault on Iwo Jima, a military operation that claimed the lives of more than 24,000 Marines and organic Navy personnel over 36 days of intense fighting.

For his part, Williams was credited with destroying a host of Japanese pillboxes with virtually no support. Over the course of four hours, the Marine took out a number of enemy positions, only returning to the safety of American lines to refuel his weapon.

Earlier this year in May, Williams appeared at a Memorial Day veterans’ event in Huntingdon, West Virginia.

He said at the time: “I’ve been at this probably 25 to 30 times, but I believe today we had more honor wreaths than we’ve ever had before, and that’s encouraging.

“It gives me encouragement that we’re coming back and that we will again be that United States of America that had so much patriotism and love of country.”

Rest in peace, Hershel “Woody” Williams, and thank you, once again, for your incredible bravery.

Please, if you’re reading this, consider sharing the article on Facebook so that Hershel’s story can be read by more people.