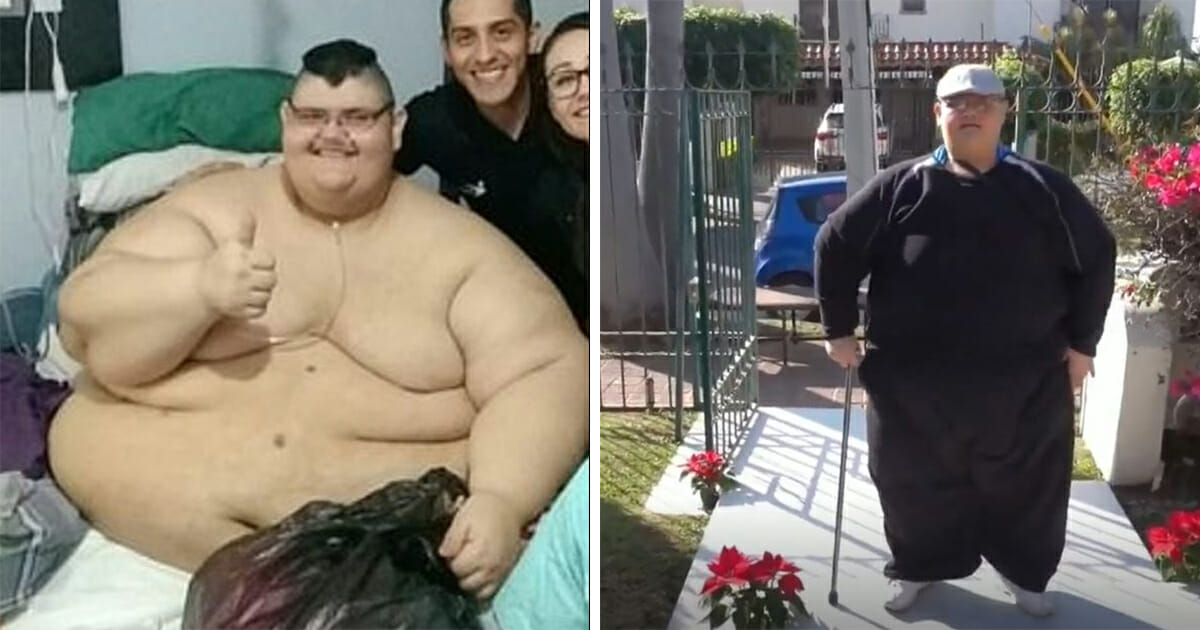 With so much wrong in the world, it genuinely does my heart good to see inspiring stories of people overcoming the odds.

Which is why I was thrilled to hear of Juan Pedro Franco, once the world’s fattest man, turning his life around over the course of three years.

According to reports, the 35-year-old, who once weighed in at roughly 1,300 pounds, has shed the weight and is now able to walk again for the first time in almost a decade.

Juan was bedridden prior to his weight loss, unable to do simple tasks for himself. Now, having lost more than 728 pounds, Juan can walk with the help of a cane.

Hailing from Mexico, Juan spent almost a decade in bed following a car accident that preceded a bout of pneumonia.

He was named the world’s fattest man by Guinness World Records in 2017 and used that as fuel to turn his life around.

After undergoing a number of surgeries, Juan was able to lose 60% of his body weight, helping him to regulate his diabetes, high blood pressure and lung damage.

His surgeon, Jose Antonio Castaneda, has been credited with saving his life.

Speaking to Telemundo show Al Rojo Vivo, Juan said: “Just raising your arms, getting up every day, standing by a glass of water, going to the bathroom, stopping to bathe and that they are no longer towel baths. Water is life, everything is life. It feels very good. Fantastic that one can move more and be self-sufficient.”

This week, Wednesday 27, Juan was able to take a bath in his shower for the first time in nine years.

He’s set to now have another operation to remove excess skin, thereby reducing his weight even further.

Let’s hear it for Juan, who was no doubt on his way to an early grave but has managed to turn his life around.