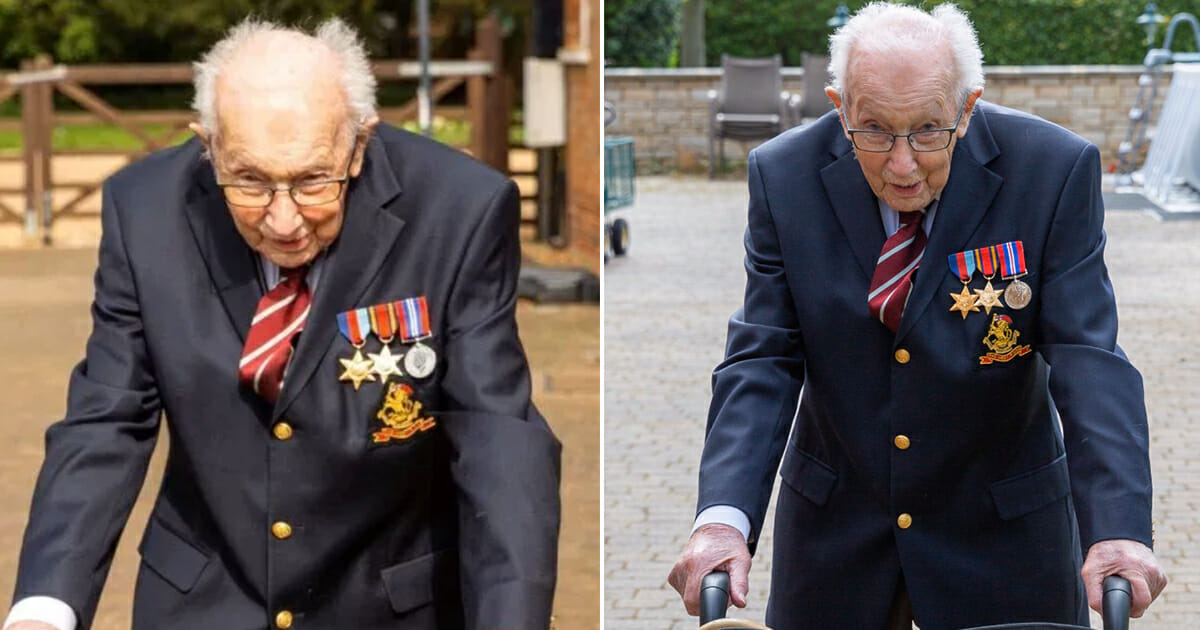 According to incredible reports, Captain Tom Moore, who served in India and Burma during WWII, decided to raise the money by walking one hundred laps of his garden before his 100th birthday.

Only once folk learned of his plans the donations flooded in. As of yesterday morning the sum had already reached £1 million ($1.7 million) and now that figure has multiplied six fold.

The news was confirmed via Tom’s Twitter account, which read: “5 MILLION! Huge thank you to @JustGiving who had over 90,000 people on Tom’s page at one time, and had to try ensure that the site didn’t crash.

Speaking to the BBC, 99-year-old Tom said: “It seems almost like fairy land to think that we started off at 1,000 to a sum of money that’s not believable, is it?”

What’s more, Tom is now ahead of schedule and reportedly hopes to be done with his walking by Thursday this week. The 2.5km distance has prompted more than 200,000 individual donors to support his cause, with the money set to go to healthcare in England.

Tom, what a wonderful thing it is you’re doing – to raise such a some at almost 100 years old is fantastic!

Share this article so that more people know Tom’s name, and so that everyone can learn of the brilliant thing he’s been involved in.