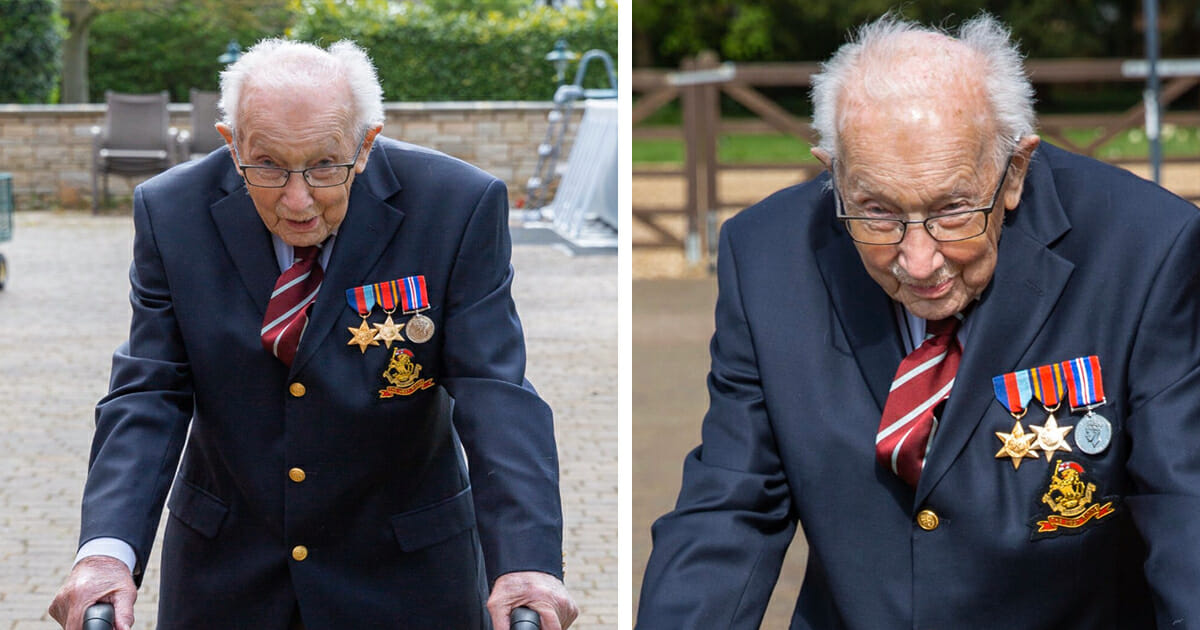 A 99-year-old Army veteran has managed to raise more than £1.4 million ($1.7m) for the National Health Service (NHS) in England by doing 100 laps of his garden to celebrate his 100th birthday.

As per reports, Tom Moore’s initial intention was to raise £1,000 ($1,260) for the NHS as a way of saying thank you for the care he received while undergoing treatment for a broken hip and cancer.

Yet a massive surge in support led the vet to move his target sum to half a million pounds. Fantastically, he’s since been able to double that.

I may be walking in my garden to raise money, but this is the British public’s contribution. You are all wonderful – and make Great Britain – GREAT.

Thanks to everyone – we stand united even during the most testing of times. WOW!“

Tom plans to have completed the entire 2.5 kilometre distance by Thursday, April 16. His 100th birthday, meanwhile, is on April 30.

Sadly, Tom’s 100th birthday party, which was supposed to include 100 guests, was cancelled in light of the coronavirus pandemic. He’s not let that get him down though, and his fundraiser will surely help plenty of others!

If you’d like to donate to Tom’s fundraiser and help the amount increase even further, you can do so here.

Thank you, Tom! What a great gesture you’ve made. Raising that much money is simply incredible!

Share this article if you want to wish Tom well, and a happy 100th birthday!