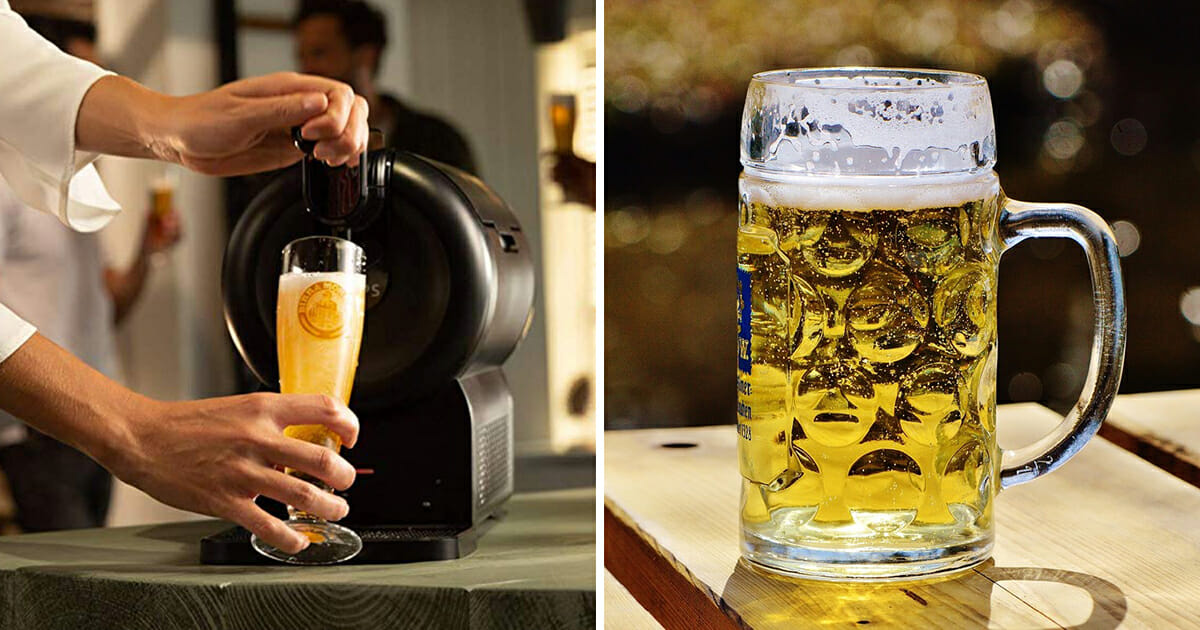 Summer is here and that means beer (yes, I did just make up that rhyme myself).

With the sun high in the sky and millions of men the world over longing for a nice cold one, there’s literally no better time to indulge yourself.

Of course, bars and pubs can be costly all things considered. Sure, it’s great to have a crowd of people sipping in union, but it’s also nice when you don’t have to wander from the comfort of your own home.

With that in mind, we think we might have discovered one of this summer’s must-haves. Amazon are giving you the chance to acquire your very own beer tap, and it’s not that expensive at all.

Sitting on your porch or in your garden, sipping on a nice, cold pint of beer straight from the tap. Is there anything more refreshing?

The answer’s no, incase you wandered onto the wrong Facebook page and are now confused.

Which is why THE SUB Compact Beer Tap, available on Amazon, could well be one of the greatest things we’ve seen in a long while.

The beer tap can hold up to two litres of beer, keeping it well chilled at a temperature of around two degrees (fridge cold is six).

What’s more, beer will stay fresh in the barrel for over two weeks.

THE SUB serves such beers as Heineken, Birra Moretti, Tiger and more, whilst their list is ever-growing.

“Great to have at parties and a good alternative to going to the pub. In addition, you can choose between so many different kinds of beer and cider,” writes one user.

“Brilliant! I bought one for my dad and it was a success. It’s just like pouring a beer at the pub, which almost makes it too easy to indulge in a beer!” says another.

Like having a pub at home … living the dream.

Hit the share button so your friends can be made aware!