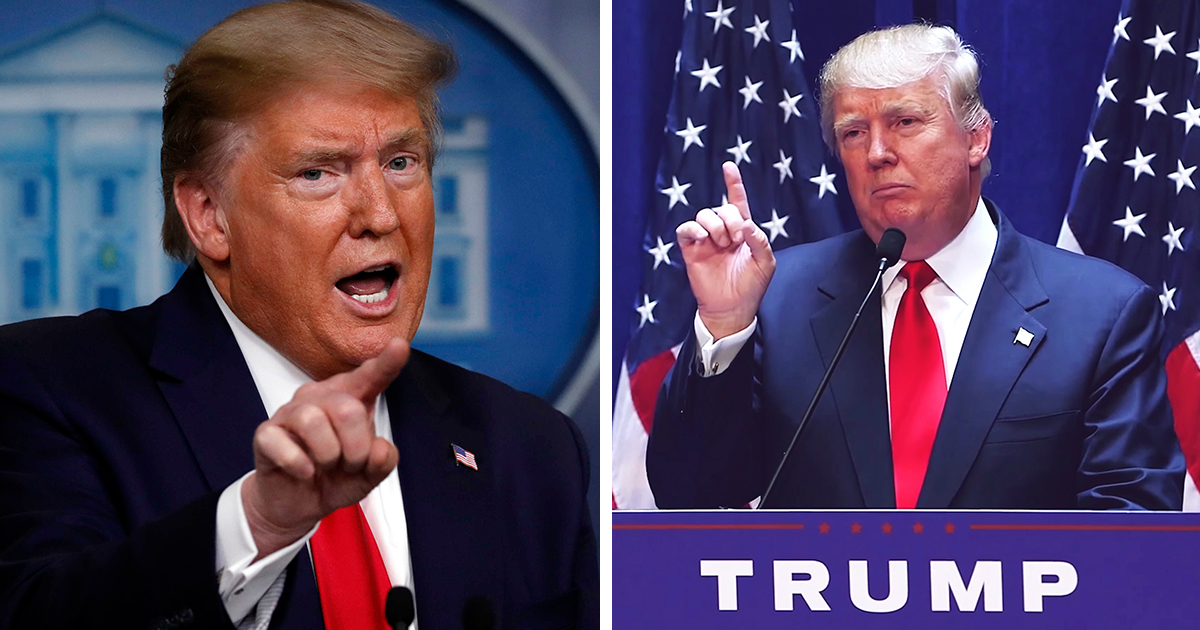 Donald Trump moved to resign from the Screen Actors Guild – American Federation of Television and Radio Artists (SAG-AFTRA) this week after the union started a disciplinary process that would likely have resulted in his expulsion.

As per the Hollywood Reporter, Trump sent a letter of resignation to Gabrielle Carteris, the union president, which has been described on Twitter as “petty” and full of exclamation marks.

Commenting on the letter, SAG-AFTRA said only “Thank you”.

Trump’s decision to pen the letter is undoubtedly a preemptive move sparked by the union’s decision to convene a disciplinary hearing to debate the former POTUS’s violations of its constitution.

Said hearing could well have resulted in fines for Trump, as well as possible suspension of expulsion from the union.

SAG-AFTRA let their intentions be known in a press release that highlighted Trump’s role in the Capitol riots on January 6, as well as accusing him of:

“A reckless campaign of misinformation aimed at discrediting and ultimately threatening the safety of journalists, many of whom are SAG-AFTRA members.”

Never one to back down, Trump fired shots of his own in a letter that declared he was resigning from the union.

The 74-year-old hit out at SAG-AFTRA’s “blatant attempt at free media attention to distract from your dismal record as a union.”

He went on to write: “Your organization has done little for its members, and nothing for me — besides collecting dues and promoting dangerous un-American policies and ideas — as evident by your massive unemployment rates and lawsuits from celebrated actors.”

Here’s the letter in full:

I write to you today regarding the so-called Disciplinary Committee hearing aimed at revoking my union membership. Who cares!

While I’m not familiar with your work, I’m very proud of my work on movies such as Home Alone 2, Zoolander and Wall Street: Money Never Sleeps; and television shows including The Fresh Prince of Bel-Air, Saturday Night Live, and of course, one of the most successful shows in television history, The Apprentice – to name just a few!

I’ve also greatly helped the cable news television business (said to be a dying platform with not much time left until I got involved in politics), and created thousands of jobs at networks such as MSDNC and Fake News CNN, among many others.

Which brings me to your blatant attempt at free media attention to distract from your dismal record as a union. Your organization has done little for its members, and nothing for me — besides collecting dues and promoting dangerous un-American policies and ideas — as evident by your massive unemployment rates and lawsuits from celebrated actors, who even recorded a video asking, “Why isn’t the union fighting for me?”

These, however, are policy failures. Your disciplinary failures are even more egregious.

I no longer wish to be associated with your union.

As such, this letter is to inform you of my immediate resignation from SAG-AFTRA. You have done nothing for me.

Needless to say, Trump’s letter has caused a stir online, where the majority of people await his next move as regards his future.

Do you think Donald Trump will run for president again in 2024? Should he? And would he do a good job?

Let us know your thoughts on all things Trump in the comments box on Facebook.