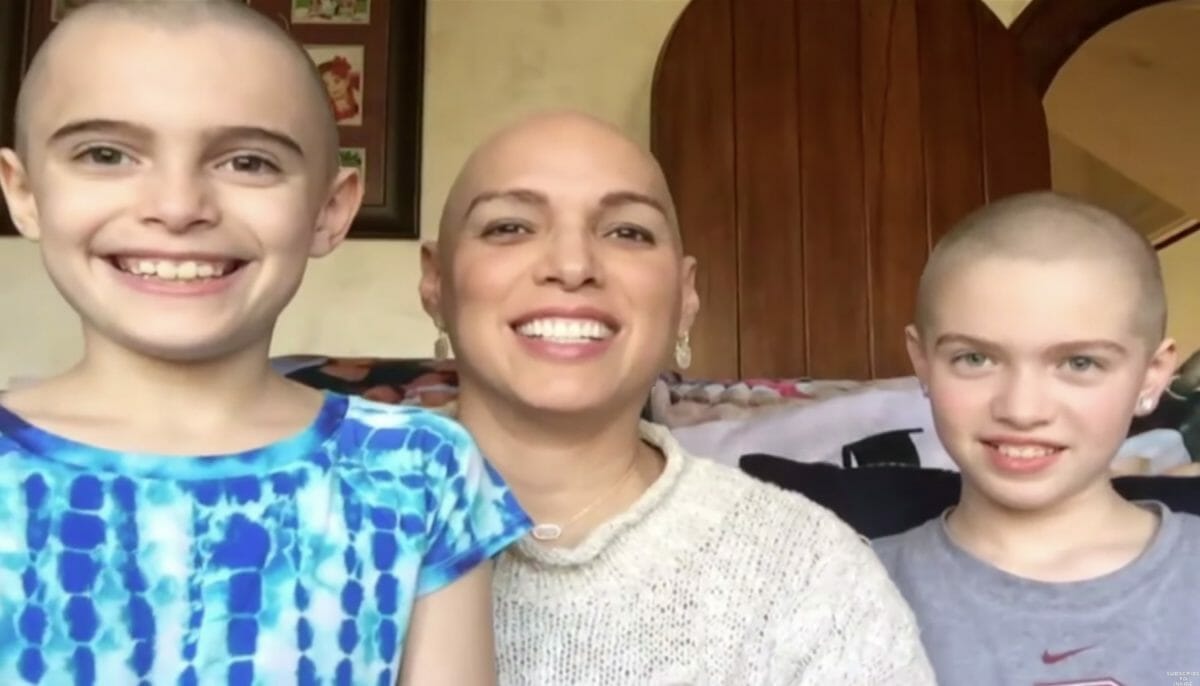 A pair of young sisters, 10 and 7, are being hailed online for supporting their mother in a truly special way as she battles cancer.

Kayla and Sophia McPherson, of Louisiana, know their mom Joanna would do anything for them. Indeed, despite their tender ages they’re well aware that she would sacrifice anything if it meant they would be safe and happy.

Sadly, Joanna was recently diagnosed with a form of breast cancer known as HER2+. The Air Force colonel knew she had a tough battle ahead of her, but was surprised when her two daughters approached her with a request …

Kayla and Sophia had both told their dad Shawn of their intentions first, before then proceeding to ask permission from Joanna herself.

Joanna admits she had her reservations at first, writing on her blog HER2 Positive Life: “These discussions went on every day for about 8 weeks before I gave in.”

Joanna had previously undergone a double mastectomy after being diagnosed with ductal carcinoma. Then, in October 2018, she was given a further diagnosis of HER2+ and told she would need chemotherapy.

When her hair began to fall out as a result of her treatment, Joanna decided to shave the rest of it off.

Speaking to Inside Edition, she explained: “I couldn’t even cook, or kind of do everyday things without hair just kind of falling down.”

It was weeks after her decision that her daughters approached her with a proposition to demonstrate their solidarity.

“I thought, ‘Well, they probably don’t really know what they’re asking and after a few days it will kind of blow over and they won’t really want to follow through with it,’” said Joanna.

Nevertheless, it wasn’t long before both girls were sitting in the barber’s chair and having their heads shaved by clippers. The locks tumbled to the floor, the girls giggled happily, and eventually they were sporting the exact same haircut as their loving mom.

For two girls so young to shave off their hair in solidarity with their mother is simply a beautiful touch. Kayla and Sophia deserve all the praise they can get, and we wish Joanna a speedy recovery from her sickness.