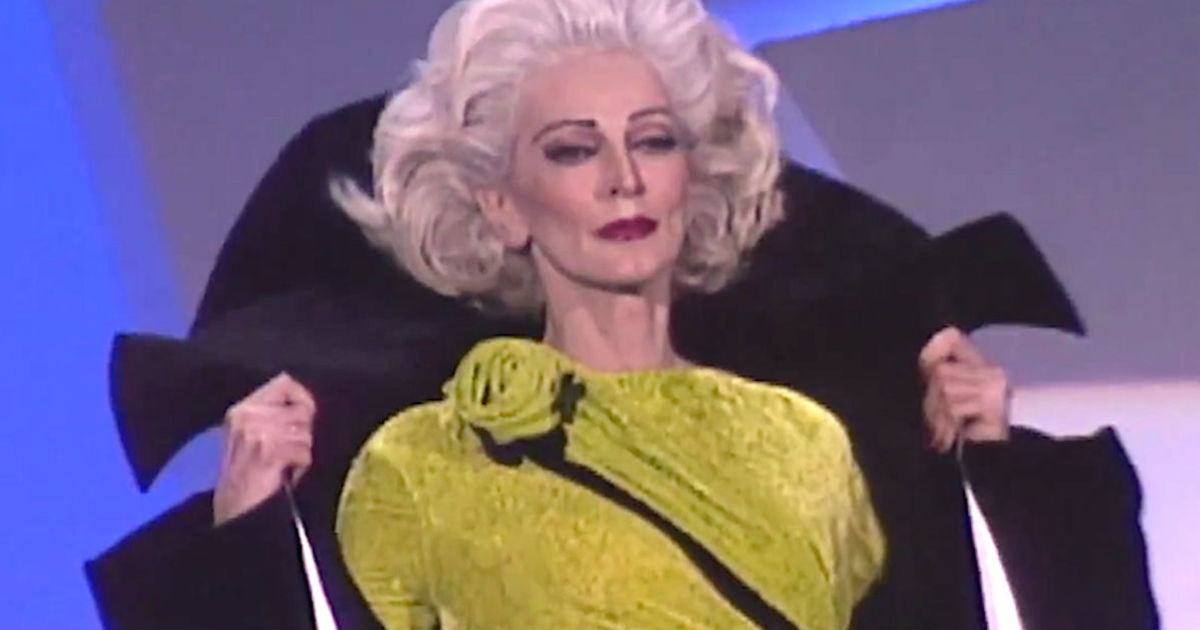 Eighty-five years young, Carmen Dell’Orefice continues to prove that beauty is timeless. She is an American supermodel, actress, and icon. And as of the spring/summer 2012 season, she’s also the world’s oldest working model.

Carmen’s started in the industry in 1947, when she landed on the cover of Vogue. And while her first photo might have looked glamorous, her life in front of the camera didn’t start out easy.

Dell’Orefice’s modeling earnings weren’t enough to support her and her mother at first, so they both worked as seamstresses to bring in extra money. Even working two jobs, Carmen couldn’t afford a telephone, so Vogue had to send runners to her apartment to let her know about modeling jobs. And the economical icon even roller-skated to work to save money on bus fare.

Fast forward to June 2011 and Dell’Orefice was celebrating her 80th birthday. And the month later, she was given an honorary doctorate from the University of the Arts London for her longstanding contributions to the fashion industry.

Check out this living legend in the video below. It’s she fabulous?

Isn’t Carmen’s youthful spirit and endurance in such a competitive industry inspiring? Share if you agree!