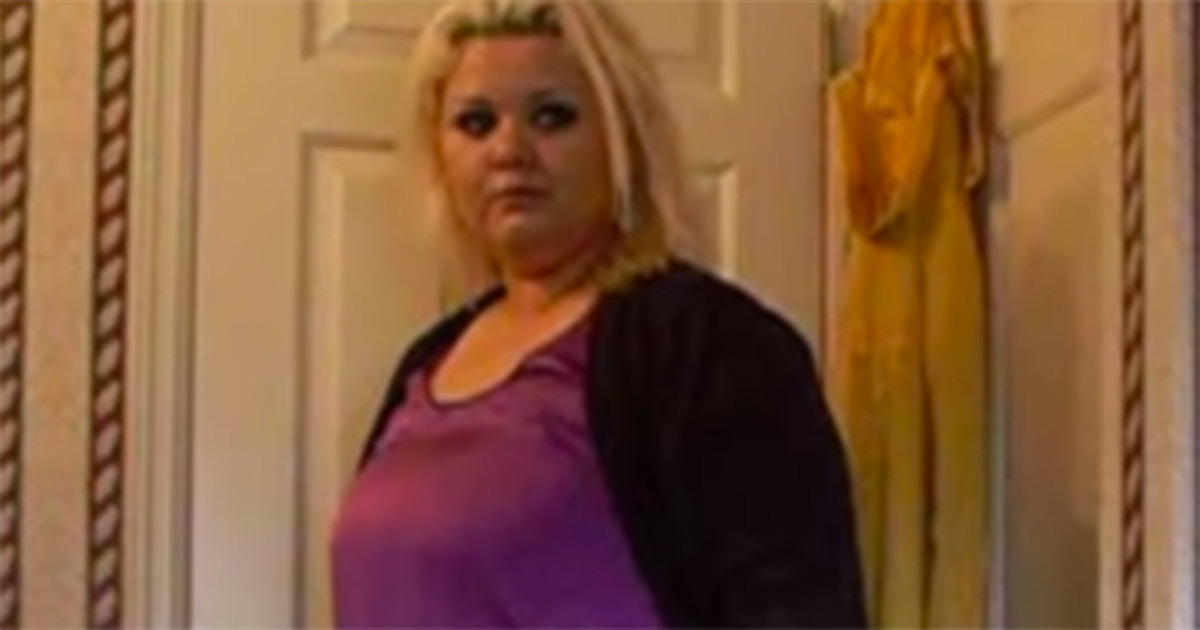 Alvina Rayne is a mother of two from Philadelphia, Pennsylvania who had always been slim—until a difficult relationship changed everything.

The 32-year-old became depressed and started eating junk food to cope with the verbal abuse that her boyfriend hurled at her, including calling her a “fat piece of garbage.” He manipulated her and told her that she would never find another man. But Alvina didn’t have the strength to break away from him.

Then, Alvina broke down both mentally and physically, and continued putting on weight until she weighed 274 pounds (124 kg).

And finally, Alvina had had enough.

Alvina’s boyfriend’s verbal assaults broke her. She developed a food addiction and eventually became so big that she had to buy all of her clothes from the men’s department.

The mother of two had trouble going up and down stairs and suffered from high blood pressure and anxiety attacks. And as if that wasn’t enough, her boyfriend constantly called her fat and ugly.

But after years of abuse and emotional turmoil, Alvina finally decided that enough was enough.

She gathered all of her strength and dumped her boyfriend once and for all.

Her next step? Changing all of her bad habits!

Alvina turned both her diet and lifestyle completely around—and whenever she started to slip, she reminded herself of all the insults that her ex-boyfriend had called her.

Alvina’s determination quickly produced results. And soon, her old clothes were hanging off of her frame…

… And eventually, Alvina was no longer recognizable.

It wasn’t long before Alvina’s ex-boyfriend came crawling back telling her how beautiful she had become.

But Alvina told him that there wasn’t a chance in hell that it would happen.

Instead, Alvina met a new man, Sascha, who treated her the way she deserves to be treated.

It was true love—and today they are happily married.

What an amazing transformation!

Don’t miss this powerful video of Alvina’s story, including her inspirational message and photos of her entire journey:

Strong and brave! Please share Alvina’s story as an inspiration that you should never give up.