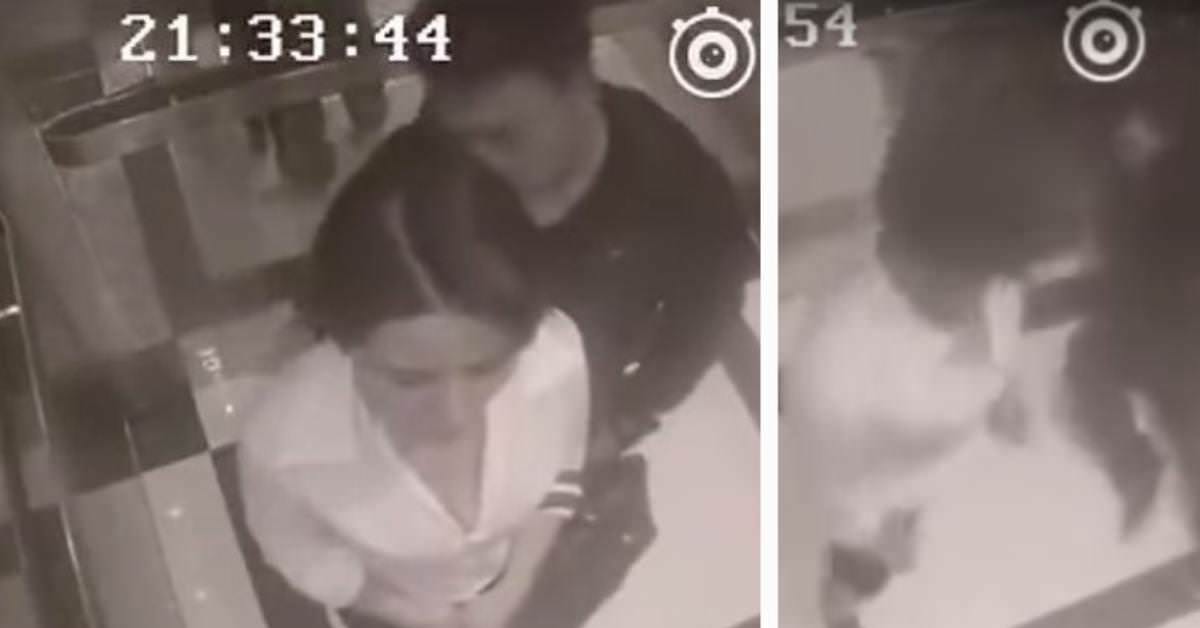 Feeling free to grab another person, regardless of gender, is disgusting to me.

What is it that’s so hard to understand? It’s not your body and you don’t have the right to force yourself on someone.

Of course, there needs to be a huge attitude change for many people and we’ll never solve society’s problems with violence – but I can understand why a woman would react strongly to being groped, like in the example below.

On this surveillance tape we can see two people in an elevator. First the man watches the woman. Then he approaches her from behind.

At first the woman tries to avoid the assault by discretely moving away. But the man continues to stalk her, and when he lays his hand on her shoulder his intentions are obvious.

The surveillance footage is from China and the incident took place in 2016, reports the Daily Mail.

However, there are some who claim the video is staged. According to site Mashable Chinese media has identified the woman as TV personality and actress Du Qiao. Du Qiao is also said to have confirmed that it’s her in the video, but insists that what we see happened for real.

”I was just standing on my own minding my own business, but his actions forced me to react,” Du Qiao says to chinese media outlet Tencent.

Here’s the moment she loses her patience with this creep – you can see the result below: