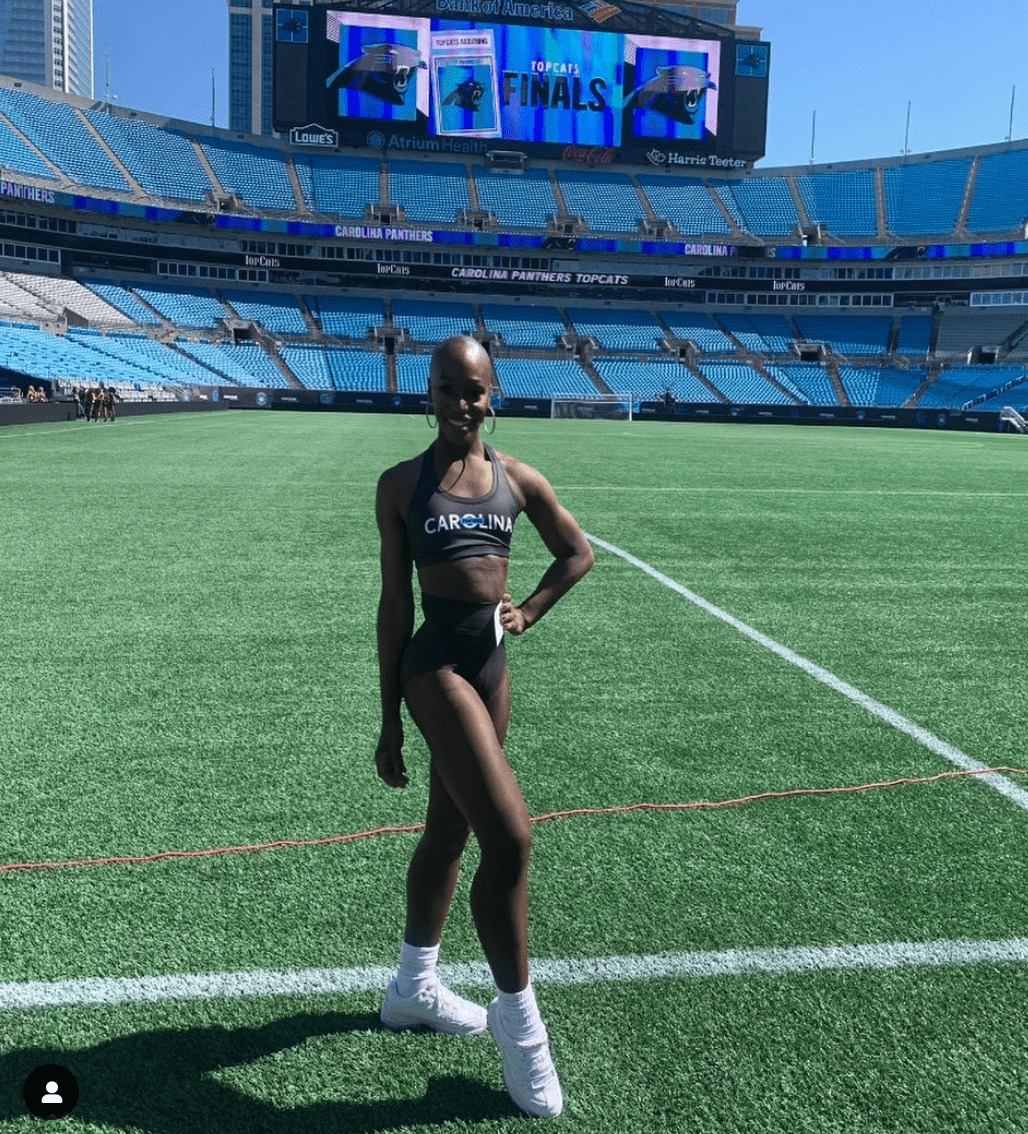 Justine Lindsay is making headlines as the new transgender cheerleader for the Caroline Topcats, the cheerleading squad for the Panthers.

Lindsay is the first openly transgender cheerleader in all of the NFL.

She announced her historic new position on Instagram, with a picture of herself smiling in her new uniform. She captioned the photo:

“Cats Out the Bag you are looking at the newest member of the Carolina Panthers TopCats Cheerleader’s @topcats as the first Transgender female.”

Her post also served to come out as transgender to many who were completely unaware. Even some close friends were not aware of Lindsay’s journey. This made the announcement scary for the athlete, but that did not deter her from still posting it. She said:

“I just felt like when I posted it, whatever reaction I get from everyone, it does not matter. And then my phone started blowing up.”

There are currently no other known trans cheerleaders at the NFL level. Lindsay is hoping that her story will encourage others to come out or realize that they are capable of the same feats as herself.

The hiring staff with the group was aware that Justine was trans from the start, however. Chandalae Lanouette, the Topcats’ director, said Lindsay’s application did state that she was transgender. They have made it clear that the cheerleader was hired exclusively for her great talent.

“My goal is to create a team of individuals that are absolute fire on the field but are incredible human beings in the locker room, good friends, good people, and at the end of the day, you have to walk through the door first to get to that spot,” Lanouette said.

The team and overall league is not considered especially progressive or diverse. They have very few women of color cheering, and even fewer wearing their hair naturally as Lindsay does. Justine has said that she hopes that her own hair “inspire[s] other young girls who may be insecure rocking their bald look.”

The representation that Justine provides does not end there, as it has been proven how important trans visibility is for the younger generation.

“Our research shows that LGBTQ youth report that seeing LGBTQ representation by celebrities and athletes made them feel good about being LGBTQ,” said Sam Ames, the director of advocacy and government affairs at the suicide-prevention organization for LGBTQ youth. “Especially in a place like the NFL, which occupies such a powerful position in our culture, the story of a transgender cheerleader can inspire so much more than victory. She can give young people watching a dream to hold on to and a future to hold out for.”

When asked about her role as a black, trans woman at such a visible level of the NFL, she said:

“This is big… I think more people need to see this. It’s not because I want recognition. It’s just to shed light on what’s going on in the world.”

Hear more from Lindsey below!