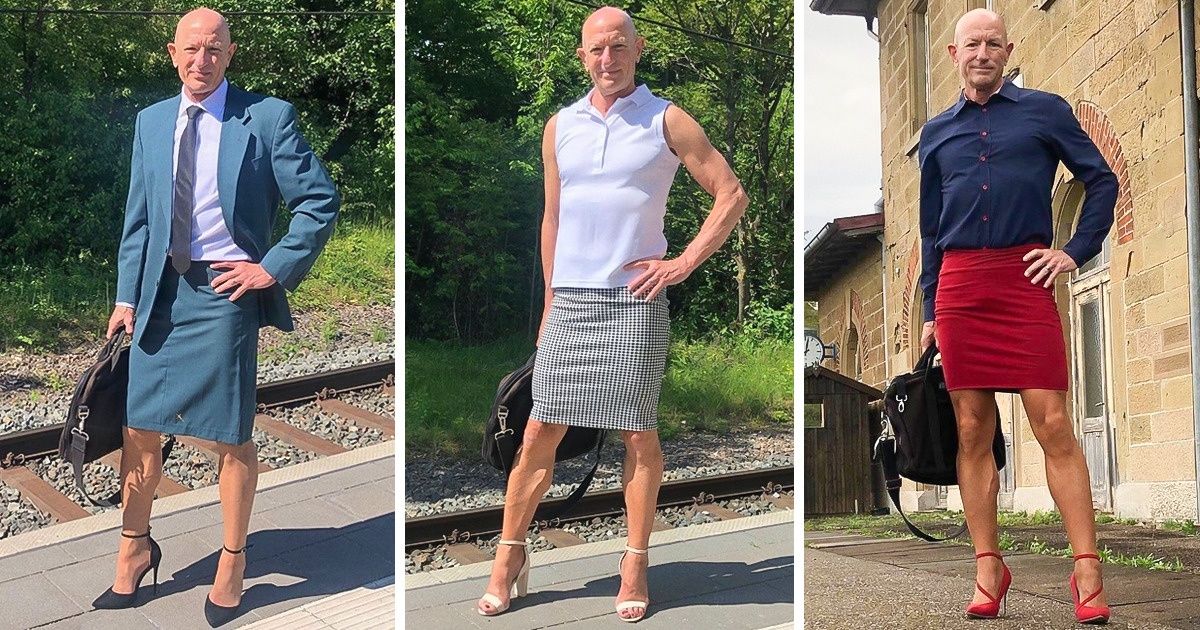 Mark Bryan is a 61-year-old engineer from Germany who isn’t afraid to challenge gender stereotypes.

While high heels were initially intended for men to add height and fashion in the 10th century, they have obviously become associated almost exclusively with women.

Mark is one of many modern men who are reclaiming the popular type of shoe for those other than those of us who were born female.

Mark Bryan is a 61-year-old father of three who works as a robotics engineer and splits most of his time between fatherhood and work.

To look at him, you would not immediately assume the man has a social media following, but the German native has recently created a stir on the Internet with his bold outfits and images.

Mark recently amassed a following on Instagram of almost 660,000 users with his posts.

His looks often consist of pumps, boots, and skirts. Accompanying his diverse closet items are Mark’s own words, where he speaks out about how normal his clothing practices are.

The engineer believes that clothes should have no gender. He tends to lean towards skirts over dresses so that he can wear more traditionally “masculine” tops above the waist.

Fairly, he believes that items like skirts provide a wider range of variety than the typical slacks or pants most men wear to work.

Mark’s children support his efforts, especially as he raised them with clear communication on the fact that clothes are not indicative of sexuality or gender.

His daughter is one of his biggest fans, waiting for the day that she can borrow some of her father’s clothing items.

Similarly, his wife supports his choices and even helps him pick out outfits.

Not everyone is as understanding, of course.

Mark has experienced a variety of negative comments online and in person, and he must often remind others that they would not be making these comments or asking these questions if he were wearing more traditional pants.

Do you think you would be able to be in Mark’s shoes?

Let us know your thoughts!