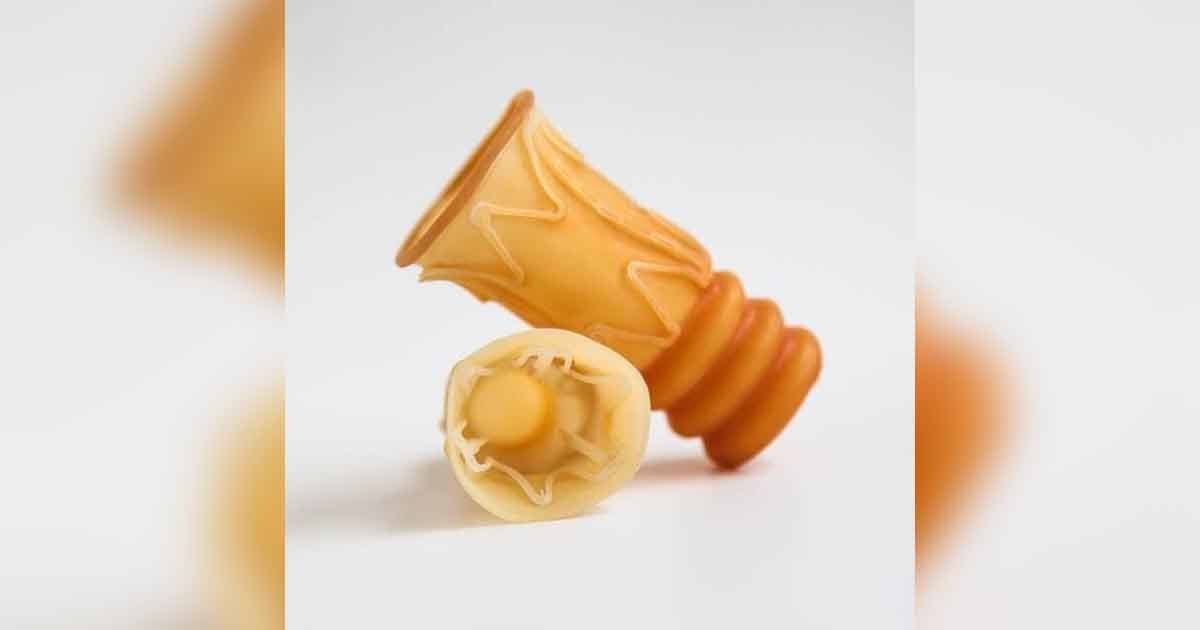 Every day, countless women are victims of sexual abuse. While the physical injuries that may arise may heal, the psychological impact accompanies them throughout their lives.

In the worst of case, victims can also be infected with sexually transmitted diseases or unwanted pregnancies.

According to statistics, South Africa is the country where there are the most rapes, with 40,000-50,000 cases reported each year – and experts believe that the impact is enormous.

Sonette Ehlers from South African has met many victims of sexual assault and come up with an unusual solution.

She has come up with a kind of condom for women to insert in their vaginas – the Rape-Axe.

The device makes sexual intercourse extremely painful for any man attempting to enter the woman who has it inserted.

That’s because the inside of the silicon “condom” is full of sharp needle-like pricks that cannot be removed, leaving the perpetrator with no choice but to flee in excruciating pain – and the victim the chance to escape.

To get rid of the painful ‘thorns’ from the device, the perpetrator must reach a hospital where they can be removed by a doctor – who would then also report the perpetrator to the police.

At the same time, the Rape-Axe also protects women the way a regular condom does: against pregnancy and sexually transmitted diseases.

A Rape-Axe can sit for 24 hours and is inserted the same way as a tampon.

There is no risk that it will hurt the woman.

Some critics believe that the invention can make perpetrators more aggressive and thus cause more harm than they otherwise would. It however does protect against vaginal abuse.

The invention is still under development and is Sonette is still seeking the financial means to mass produce it.

Although it has some disadvantages, it does have many potential benefits that hopefully could help protect countless women in the future.

With this product, women can feel more confident and less afraid of being raped.

No woman or man should ever be subjected to abuse, but if it was to happen, do you think is a good solution?

Do you think this is something that would work in practice?

Share the article with your friends and family to see what they think!