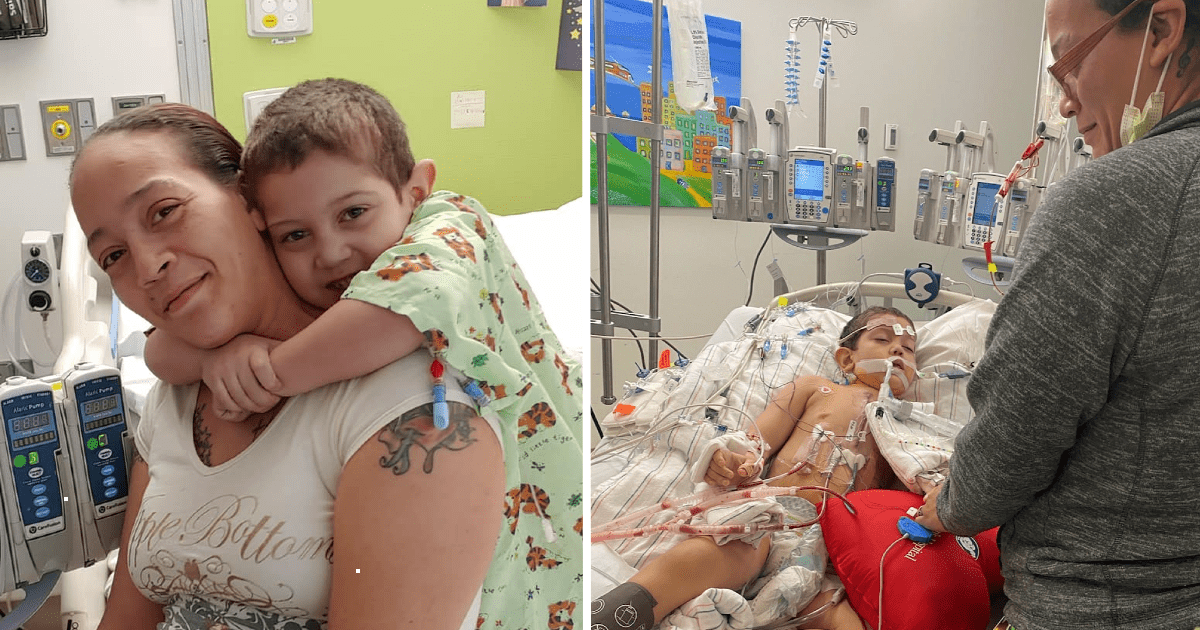 According to the American Heart Association, the average time wait time for a heart transplant varies based on a number of factors, but one thing is for sure it is not a quick process.

For six-year-old Carlos Rolon the wait has been longer than others, but on April 3, after four years, he finally received his new heart.

“My first reaction was his color,” his mother Sheena Cossette told CNN. Prior to his surgery Carlos’ skin was a bluish-gray. “When I looked at him, his color was amazing.”

Carlos was born with unbalanced atrioventricular canal defect and had already underwent four open heart surgeries by the time he was two.

But in March 2016, his heart began to fail and the boy from Worcester, Massachusetts went on the heart transplant list. Months later he ended up at Boston’s Children’s Hospital where he would remain until his surgery.

As time marched on and no heart in sight for Carlos, Sheena became concerned that the coronavirus would complicate things for her son.

But one day after Sheena contacted her son’s doctor to express her concerns, the doctor informed her they had a match.

“A few hours later, he came up and told me he had one,” she said. “And I think that was the biggest shock for me like, wow, it almost was so unreal.”

Both Carlos and the donor had to be tested for the coronavirus before doctors could go ahead with the transplant, but once both tested negative, Carlos learned of the good news.

On April 3, Carlos had his surgery and it was a success. The six-year-old will take some time to recover in the hospital and then once he goes home he will stay at home to reduce risk of contracting coronavirus.

“As I watched his chest rise my heart got heavy..GOD BLESS THE FAMILY WHO CHOSE TO DONATE THIS PRECIOUS GIFT OF LIFE to my baby boy,” Sheena wrote on Facebook.

It’s heartbreaking that it took four years for Carlos to receive a heart, but I am so glad he finally has one. I send my prayers to him and his family as he recovers.