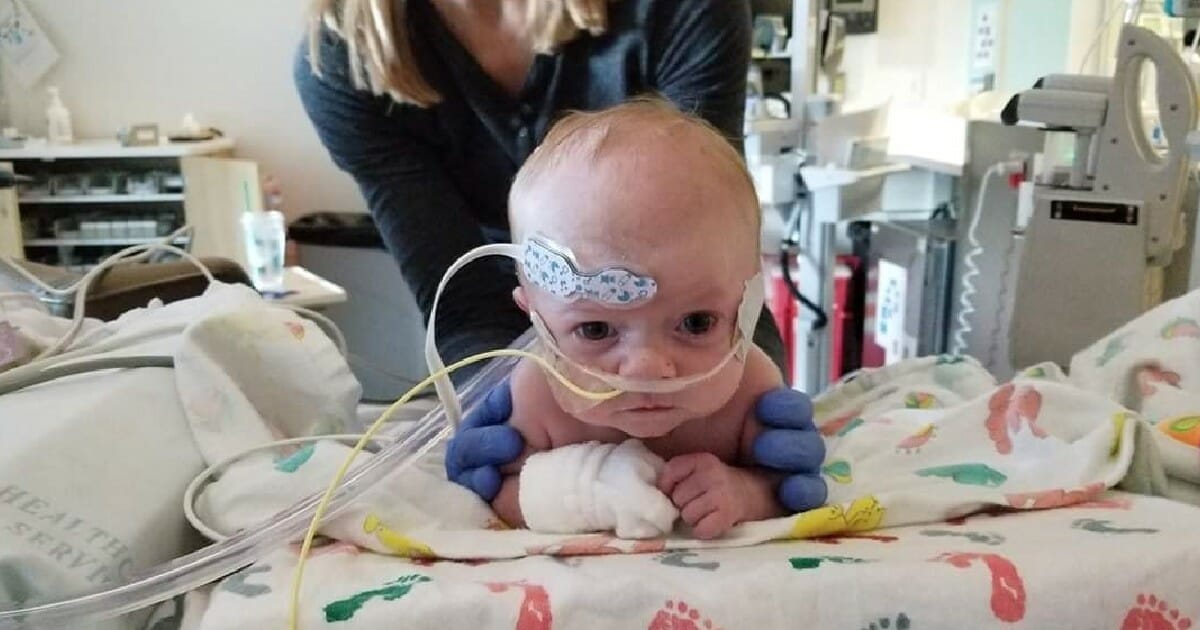 Elizabeth “Beth” Vera Hutt was a fighter. Before she was six months old, she underwent three open heart surgeries. But on Wednesday, she died after a months long battle with a mold infection.

“Elizabeth Vera Hutt gained her wings on her 175th day of life at 4:40 am. Late last night, Beth told us she was ready,” her family wrote on Facebook.

When Katha Hutt was four months pregnant, doctors informed her that her baby had a heart defect. Katha gave birth to Beth on August 21, 2019. She was diagnosed with Hypoplastic Left heart Syndrome and required open heart surgery when she was just five days old.

Katha and her husband Micah agreed to have Beth rushed from Tacoma General Hospital to Seattle Children’s Hospital where the doctors were superior, but the hospital had an issue with Aspergillus.

Beth underwent three open heart surgeries, but at some point during her stay at Seattle Children’s she contracted an Aspergillus mold infection. For months her little body fought the infection.

Her family kept friends and family updated on Facebook about her condition, though in recent months it began to decline.

“Beth is very, very sick,” her family shared in the beginning of February.

On Wednesday, the Hutts shared a heartbreaking update. Beth had died.

“I’m always going to wonder if there were different interventions that could’ve taken place, had the Aspergillus not been there,” Katha said in January.

In January the Hutts joined a class action lawsuit alleging that managers at the hospital knew since at least 2005 that Seattle Children’s had a potentially deadly mold issue.

According to KOMO, Seattle Children’s revealed in November 2019 that 14 patients had developed infections related to the mold that came from air-handling units in the hospital’s operating rooms. And over the course of several years a total of seven children have died as a result, Beth was the seventh.

The hospital is currently working to install HEP filters in their 10 operating rooms. Although the hospital is working to remedy the deadly issue, it won’t replace the heartbreak of losing a children.

This is absolutely awful and should never have happened.

Share this if you believe that whoever knew about the mold issue should be held responsible.