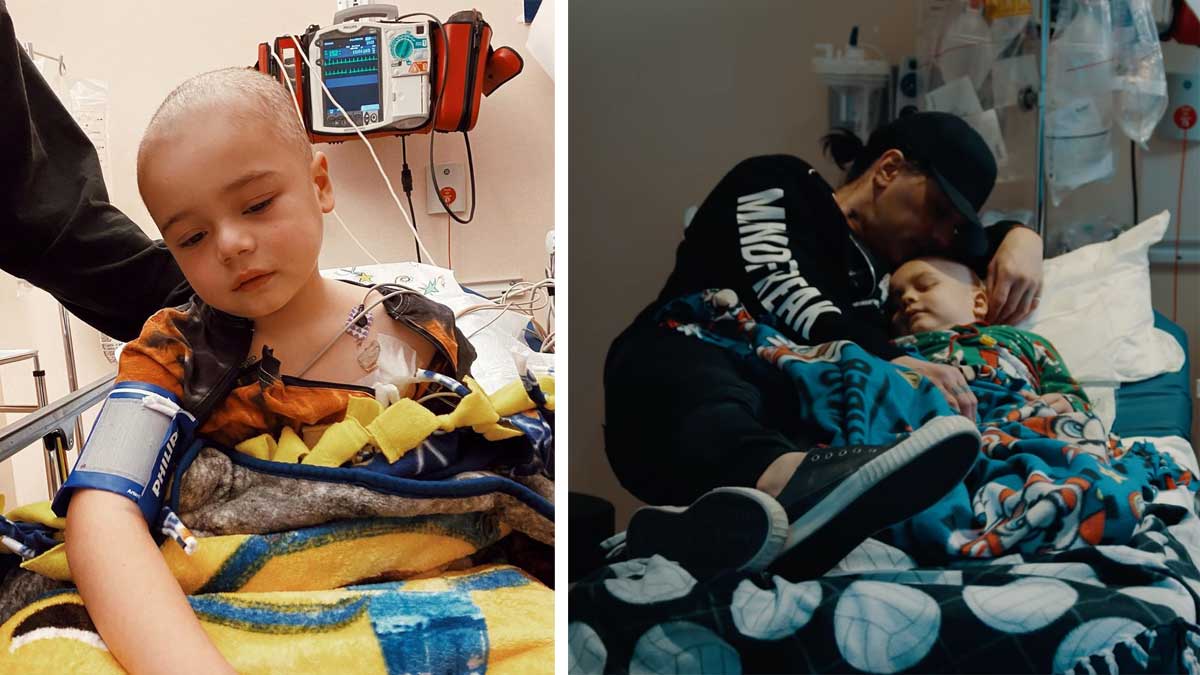 Criss Angel revealed that his 7-year-old son, Johnny Crisstopher, is in remission after he was first diagnosed with leukemia in 2015.

“TODAY OUR SON JOHNNY CRISSTOPHER WILL FINALLY RING THE BELL SYMBOLIZING HIS REMISSION AND THE END OF HIS TREATMENT!” the illusionist wrote on Instagram.

Johnny was first diagnosed with cancer in 2015. Angel said when he learned about his then 2-year-old son’s diagnosis he felt “helpless.”

At the time, he and his wife Shaunyl Benson had separated, and she had moved to Australia with their son.

He was committed to 10 shows a week at the Luxor in Las Vegas, but being with his son was more important so he flew to Australia to be with his son.

Unfortunately due to his commitments, he could only be with his son two more times over the next several months.

And that wasn’t the only difficult thing. Both parents watched their son struggle with the cancer treatments.

“Johnny is a happy, fun, loving boy, but the steroid treatments have a profound effect on his mood,” he said. “That’s hard to see, but that’s not our Johnny. That’s the steroids.”

After treatment for childhood acute lymphoblastic leukemia, a rare form of leukemia, Johnny went in to remission. But it was only brief. In 2019, Angel shared the devastating news that Johnny’s cancer had returned.

“Johnny Crisstopher — he got diagnosed with pediatric cancer before he was 2 years old — he’s been in treatment for over three years, he’s been in remission,” Angel said, according to People, “but unfortunately … he had a relapse and he’s going back into the hospital on Monday.”

This time around the family, who have dedicated themselves to fighting childhood cancer, were prepared for what to expect.

In January 2020, Benson shared a clip of Angel cutting Johnny’s hair after their son started losing his hair in chunks due to chemotherapy.

This time around, we know what to expect. Even though it’s harder than the first time, we know that it’s all part of the battle and even without it, his face is still the most handsome face I’ve ever laid eyes on. One day at a time my love and before you know it, cancer will only be a small part of your story. The rest is yet to come.

Benson shared video from his final appointment and the emotional moment when he rang the cancer bell on her social media.

To celebrate they went to Build-a-Bear, where Johnny got to make his own stuffed animal, something Johnny said he always wanted.

“This journey has been tough but it’s only a small chapter in your story my Johnny and I can’t wait to see you share your love and courage with the world! Here’s to being cancer free forever and ever,” Benson wrote.

What wonderful news! I hope Johnny continues to remain cancer-free and healthy for the rest of his life.