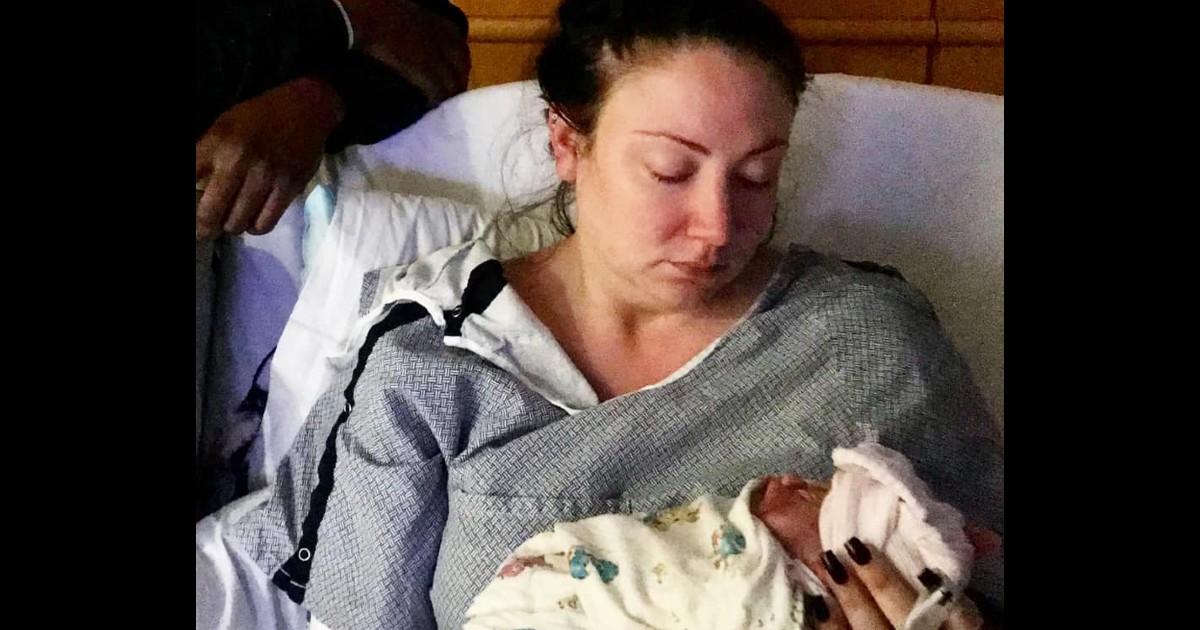 A teacher in Washington DC recently shared an emotional post on social media explaining how her employer denied her maternity leave because she delivered a stillborn baby.

Unlike many countries around the world, the United States does not guarantee paid time off for working mothers of newborns or newly adopted children.

On November 28, after what Elizabeth O’Donnell described as a “low risk and incredibly healthy pregnancy,” she learned that her daughter no longer had a heartbeat.

Elizabeth was only 31 weeks pregnant.

She delivered her daughter, Aaliyah Denise Briscoe, the following morning.

The heartbreak was immense, but little did Elizabeth know that not only would she have to grieve her daughter and recover from surgery she needed as a result of giving birth, but she would have to do it all while continuing to work.

Elizabeth contacted her employer, District of Columbia Public Schools, following the birth of her daughter.

“I emailed saying my situation has changed and I would only need eight weeks for postpartum recovery,” Elizabeth said. “They said I was no longer eligible for the paid family leave. It was shocking and hurtful.”

She was no longer eligible.

She wrote that she was being denied paid family leave because she was unable to provide a birth certificate for her daughter.

“Unfortunately, I can provide her cremation papers though- but that makes no difference in their decision,” she shared online.

Elizabeth went on to say that DCPS denied her request because she was “caring for [my]self.”

Now Elizabeth is fighting for her right to paid family leave, not just for herself, but others who are in similar situations.

“I am not asking for any more than what I am owed as a woman who has delivered a child. 8 weeks postpartum recovery should be covered as paid family leave whether or not your child enters this world with a breath.”

“My body’s postpartum recovery path does not change because Aaliyah did not enter this world with a breath.”

What are your thoughts? Should Elizabeth be granted the eight weeks paid family leave?