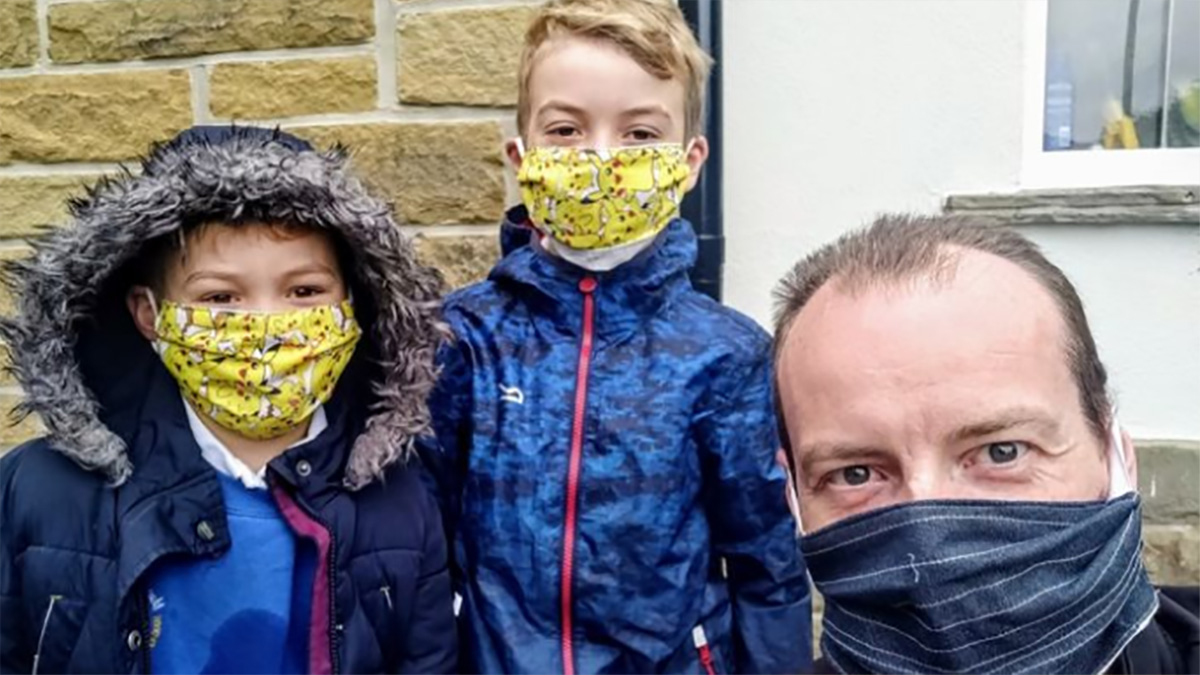 With many people divided over mask wearing and whether it helps to limit the spread of coronavirus there have even been suggestions that masks aren’t safe to wear.

While wearing a face covering every time you go out in public can be uncomfortable the general consensus concludes wearing a mask is one of the most effective ways we can fight the spread of this potentially deadly virus.

On doctor in the U.K. was so angry at the number of people sharing information on social media claiming masks were dangerous it prompted him to carry out an experiment to prove them wrong.

Dr. Tom Lawton from the Bradford Royal Infirmary in Yorkshire, England, said he was prompted to carry out the strenuous exercise by one particular tweet that “broke me.”

He told Good Morning America: “It was from someone that was not a medical doctor, showing a pair of pictures and said masks are dangerous, don’t wear them. I had to come up with a way to demonstrate just how safe they are.”

The ICU doctor put on a mask and initially set out on an 8-mile run using a medical device that measures oxygen saturation in a person’s red blood cells called a pulse oximeter.

Dr Lawton said after his 8-mile masked run his oxygen levels never fell below 98 percent, any reading above 95 percent is considered normal.

After he’d finished a friend challenged him to keep running so he continued for another 14 miles still with his mask on. The doctor’s oxygen levels remained at 98 percent throughout his run, GMA reported.

His run was to not only prove the safety of masks but also to raise money for a food bank in his local area.

Dealing with the worst of the pandemic

On his GoFundMe page, which has raised more than £3,600 ($4,700), surpassing his initial £500 ($655) target, he wrote: “As an intensive care doctor dealing with some of the worst of the COVID-19 pandemic I am massively in favor of anything that might keep us all safe.

“I have therefore been upset at the misinformation going out around oxygen levels and masks, as well as confused messaging on when to wear them (indoors!)”

The 39-year-old dad of two said while he “barely noticed” the mask for the first 30 minutes of his run he did admit it was uncomfortable at the end but added his breathing “never felt restricting.”

He said: “The mask didn’t come off at all (not even for food or drink during the runs) – and oxygen levels were stubbornly 98% every time I checked.

“I really hope this helps reassure people who were worried by all the stories going round on social media,” he added after his run on his GoFundMe page.

“Clearly there are some people who have good reasons not to wear one – but there are many, especially with asthma/COPD, who would like to do their bit but are hearing scare stories.”

‘Should be able to wear one in shops’

He said while his point was not to encourage people to wear masks while running but rather to prove that they didn’t affect oxygen levels.

“If I can run with a mask, you should be able to wear one in the shops,” he added.

The World Health Organization recommends non-medical face coverings be worn in public when social distancing is not possible.

This is a world health crisis and we must do our bit to fight it by following the advice of our health experts.

Health officials are advising us to practice social distancing, wear a mask when this isn’t possible and wash your hands.