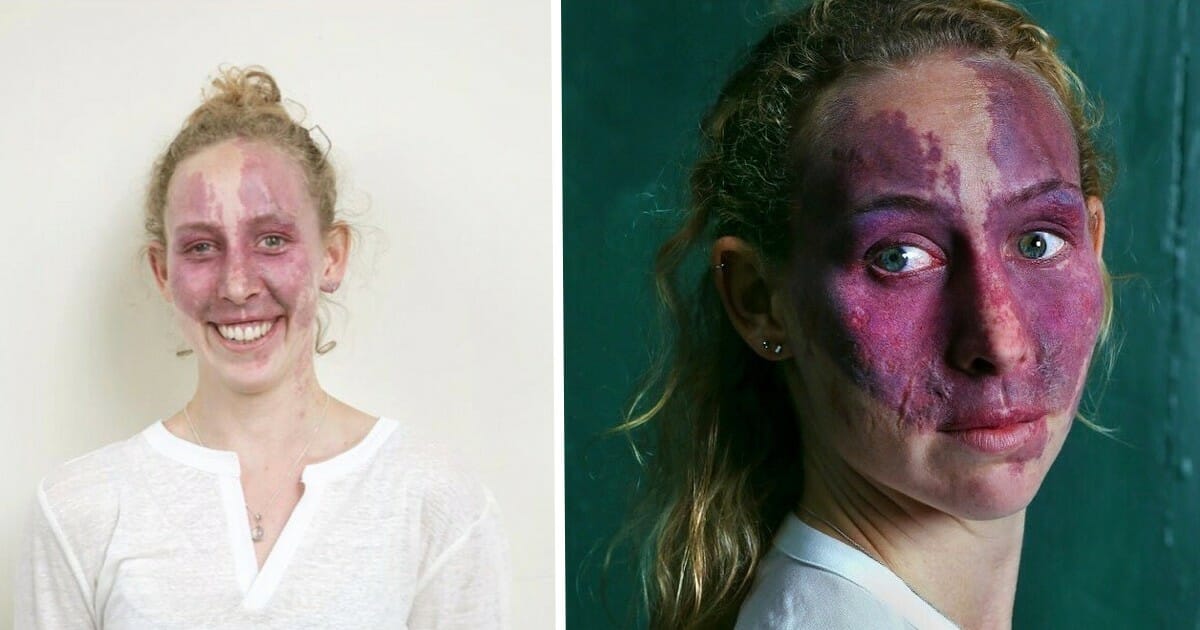 We say looks aren’t everything, but how many times do you look at a person and immediately form an opinion, good or bad, based on their looks?

All her life, Tessa Schiethart has had to deal with people staring at her. Tessa, who is from Amsterdam, was born with Sturge-Weber Syndrome, a condition that affects certain blood vessels. It is characterized by a port-wine birthmark and neurological abnormalities.

When she was born, Tessa’s mother, Mariette Schiethart, main concern was how her daughter would be received in public and how her condition would impact her social life.

At three years old, Tessa’s doctor suggested to her parents that she undergo a laser treatment to lighten the birthmark. They went through with the treatment, but instead of lightening the birthmark Tessa ended up with scars. The treatment went horrible wrong and caused horrific damage on Tessa’s face.

“When I was six we stopped laser treatment because my eyes became more important and there was high eye pressure and we needed to lower it in order to keep my left eye from becoming blind as well,” she told Barcroft TV.

Since then she has embraced her birthmark, even going as far as becoming a life coach and studying people who have visible differences and the stigmas and discrimination they face.

”My birthmark and my different look has never stopped me from pursuing my dreams. I have studied the studies I wanted to, I work, have many friends and have travelled the world extensively all by myself. I love the little things in life, and practice yoga every morning to set my intention for the day”, she says.

“I chose not to spent two hours of my morning in front of a mirror putting on a mask of chemical make-up to cover my stain so that ‘society’ would accept me and I would fit some ‘standard of normalcy.’”

While she has put on makeup before, it was only a handful of times and neither time was she satisfied with the look.

“I didn’t recognize myself at all without my stain, and that was such a weird distorted feeling.”

Tessa, whose goal is to inspire others to be their true selves despite any differences, recognizes that one day everyone will encounter some type of obstacle, but that shouldn’t hinder lifelong dreams.

“We live in a world where we identify too much with our bodies,” she said. I think we judge outside appearance too much and there is a sense of ‘normal’ that just are not real.”

“The term normal is so overrated, there is no normal we are all different and some of us look a bit more different on the outside.”

Great work, Tessa. We need more positive people like you in our world! Just remember that God has a special job for yoy that no one else can do.